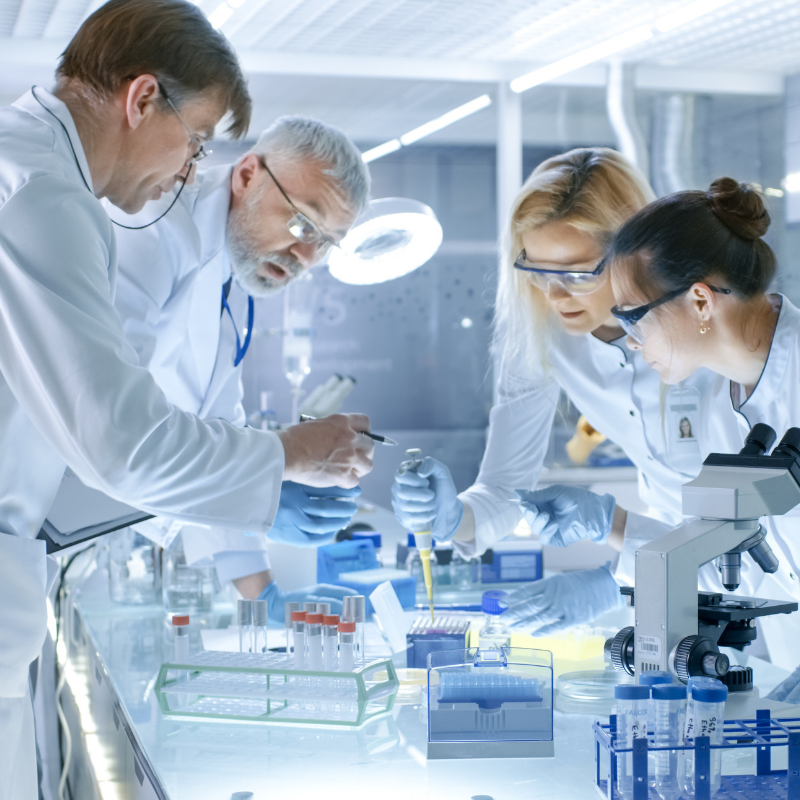 Can impact investing really help in the battle to cure cancer?

Finding a cure for cancer isn’t just the Holy Grail of modern medicine - it’s regarded as one of the greatest human aspirations; the ultimate social benefit.

Now, a pair of US academics have raised the prospect that this could be achieved through properly channelled funding. Writing in the Harvard Business Review, Richard G Hamermesh and Kathy Giusti put the case for impact investing as an enabler towards this great medical breakthrough.

Impact investing is investing in businesses or projects which have a positive social impact. The term was coined for the first time at the 2007 Rockefeller Foundation convention and there are generally regarded as being four elements that make up an impact investment:

A cure for cancer would certainly fit comfortably within this definition.

Hamermesh and Giusti argue that a new generation of philanthropists, who grew rich by being technology entrepreneurs, aren’t satisfied with giving large, open-ended gifts for academic research, but want to use their wealth “to have a direct and visible impact on patients’ health’’.

At the same time, great strides in precision medicine and immunotherapy are ushering in a new era in the treatment and cure of many cancers. Impact investing can bring together the wealthy philanthropists and research into these fields.

Precision medicine is the process of delivering the right medicine to the right patient, at the right time, and in the right sequence. This can only be achieved when the scientific understanding of a particular cancer includes knowledge of the genetic and molecular aberrations that lie behind it. Once this has been done, the chances of creating a disease-modifying therapy soar.

Hamermesh and Giusti point out that 10 years ago such personalised medicines accounted for less than 10% of the US Food and Drug Administration’s drug approvals. By 2017, that had increased to 34% and was on track to top 40% in 2018.

These advances in drug discovery are providing new opportunities for donors to back venture philanthropy, whereby drug discovery is developed around a specific disease and is financed by a disease-focused foundation.

Highlighting the importance of the investments, Hamermesh and Giusti wrote:

“What is needed are many investments aimed at the different underlying causes of each specific cancer type...they are precisely what disease foundations should be doing and where the new generation of philanthropists can make an enormous difference by taking on one particular type of cancer.’’

Now megafunds are beginning to emerge in the fight against cancer. For example, the UBS Oncology Impact Fund raised US$471m in 2016 to invest solely in ventures that would accelerate the development of new cures from investors who would commit a minimum of US$500,000. UBS’s role is to market the fund to its private wealth clientele.

UBS could be pushing on an open door here, as its own research indicates that its client would lend a sympathetic ear to arguments for impact investing, bearing out much of Hamermesh and Giusti’s thesis

Return on Values found that creating a better planet is extremely important to just under two thirds of some of those surveyed. In pursuit of this goal, many investors deliberately base their spending decisions, lifestyle habits and even career choices on their moral values and beliefs. For example, 69% of wealthy investors willingly pay more for products and services from companies whose practices they support.

In a white paper titled 'Mobilizing Private Wealth for Public Good', UBS points out that globally, over the next 20 years, some 460 billionaires will be leaving US$2.1trn to their heirs and impact investing is especially popular with millennials.

This was underlined in a report - 'Investor Motivations for Impact: a behavioural examination' - by Barclays Bank, which found that millennials are the most active age group when it comes to impact investing.

UBS deals with big investors and Hamermesh and Giusti are writing about megafunds. Does all of this have any relevance to the small investor?

Smaller businesses, including startups, make a huge contribution to medical research, including cancer research. In fact, many startups are spun out of university departments in order to commercialise promising lines of research.

In 2016, the European Medicines Agency published a report which said that SMEs are the motor of innovation in the pharmaceutical sector and play a major role in the development of new medicines. Also, SMEs applications for the marketing authorisation of new medicines accounted for between 10% and 15% of the overall number of applications. More than one in two medicines developed by SMEs that were recommended for marketing authorisation in the past 10 years contained a new active substance.

These young businesses, which have the potential to make such a significant impact, need finance, and platforms now exist that allow small investors to fund many of these. Clearly, as young businesses, they represent a higher investment risk than big pharmaceutical companies, but the potential for high returns are so much greater.

And, on the subject of returns, it has been demonstrated that impact investments can give returns that are at least as good as those from non-impact investments. A survey by the Global Impact Investing Network (GIIN) and JPMorgan, found that 55% of impact investment opportunities result in competitive, market rate returns.

So, investment in a high-growth SME or startup with the potential for high returns can be a valuable addition to a diversified investment portfolio. It also gives the investor the satisfaction of knowing that their investment could have enormous beneficial social impact.

And in the case of businesses involved in the field of cancer research, they could very realistically be helping towards the realisation of one of medicine’s greatest ambitions.

In praise of the Enterprise Investment Scheme: backing British businesses for 25 years

Craig Peterson
Read more about Why are SEIS and EIS tax reliefs so generous?
More Insights