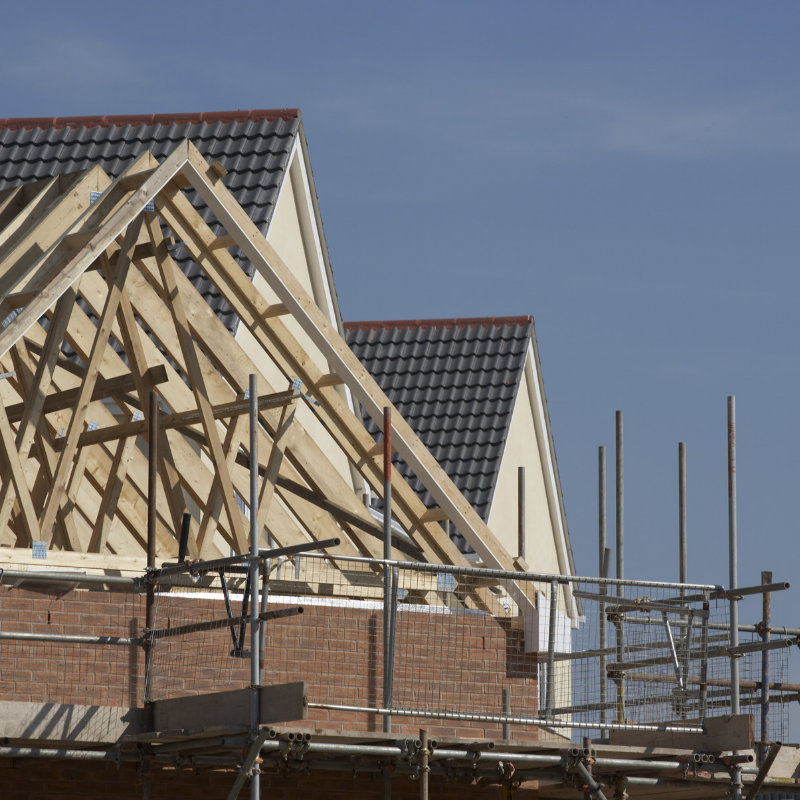 Can you invest in property without a huge amount of money?

House prices in the UK have been on a general upward trend for a long time. Even with the occasional slump, the trend is ever upwards. The Department of Communities and Local Government records that the average UK house price in 1969 was £4,640. By 2007 this had risen to £223,405.

Anyone who pays even the remotest attention to the news knows there’s little prospect of prices doing anything other than continuing to rise in the medium term. Even if Brexit uncertainty causes a few blips – largely in London - while demand continues to outstrip supply, prices will rise.

And this demand outstripping supply scenario is exactly what we're constantly seeing.

The economist and journalist, Liam Halligan, has pointed out that over the past 30 years, the UK built about three million fewer homes than required.

Kate Barker, in her Barker Review of 2004, warned that at least 245,000 needed to be built in England every year to avoid a housing crisis. However in the following 10 years only 115,000 a year had been built – less than half her recommended target.

An update of the review 10 years later said:

“There can be no doubt that the housing crisis facing the country in 2014 is far greater than that discussed by Barker in 2004.”

In 2015, there were more than 156,000 new homes registered to be built – a slight improvement and an eight-year high, but still not enough to meet demand. In those circumstances, there can be only one result and, sure enough, in its recent report, Savils forecasts a UK average compound growth in house prices of just over 14% over the next five years.

And so it’s no surprise that property investing seems to have surged in popularity recently. It appears everyone wants a piece of the action given the huge demand.

But for many years it was felt that if you wanted to make money from property, you needed to have money to start with.

Various opportunities have always existed, but if we look at one of the most popular over the last decade or two - buy-to-let - you were still likely to need at least £20,000 as an absolute minimum for a buy-to-let mortgage deposit.

Positively, however, things have changed. The routes to investing have opened up considerably in recent years and for many opportunities, the need for thousands and thousands of pounds as a minimum no longer exists.

Obviously, not everybody who invests in housebuilding does the actual building themselves. You could, for example, make an indirect investment in property through a property fund, often called an ‘open ended’ property fund because it can issue and redeem shares at any time. You can limit the size of your investment to the amount you’re willing to spend on those shares.

However, property funds have not been without their problems. In 2016, in the market turbulence following the Brexit referendum, several had to put a temporary halt to withdrawals as investors rushed to take money out.

This revealed a weakness of open-ended property funds. In the face of a call for mass redemptions, such as in 2016, it takes time for them to raise the cash needed to meet calls for payments because the properties which back the shares can’t be sold instantly. Also, if everybody is trying to offload properties at the same time, values will fall.

‘Closed-ended’ trusts, which don't allow direct withdrawals by investors, didn't face the same problem, but selling pressures were still reflected in the share prices of the trusts.

To avoid this happening again, most open-ended funds have significantly increased the amount of cash they hold. But, holding large amounts of cash dilutes the benefits of investing in a rising property market, which was the point of buying shares in a property fund in the first place for most.

So with this in mind, many investors are looking to other opportunities to target the kind of returns you get from a more direct involvement in the residential property market, without large amounts of capital.

And joint venture property investing - whereby you invest alongside (usually) smaller, regional house builders - can be a great way to achieve just this.

One of the main reasons we have not been building sufficient houses over the last 10 years has been a huge decline in the numbers of small and medium sized builders, many of whom were driven out of the market by the 2008 financial crash.

As Liam Halligan points out, when the UK was last building 240,000 homes a year in the mid-1980s about two thirds were supplied by these kinds of builders. They took on smaller plots which were of no interest to the major developers and they developed houses quickly to aid cash flow.

Following the crash, those independent builders who survived, and or who are trying to re-enter the market, have had a hard time getting backing from traditional channels such as the banks to fund their developments.

But now, these independent builders seeking funding, and small investors who are keen to enter the property market, can be brought together, thanks to the growth in alternative ways of property investing via online platforms.

Such platforms allow large numbers of investors to invest alongside each other, either through peer-to-peer (P2P) lending or crowdfunding and a refinement of crowdfunding – co-investment, whereby ordinary investors can invest alongside professionals investors such as builders and developers. This can produce a number of benefits, including adding extra confidence that deals have been professionally vetted by numerous, experienced parties.

One of the most important considerations for investors not wanting to commit large sums of capital, however, is the often low minimum thresholds, which can sit at the £1,000 figure.

With platforms like these now funding property developments in which the investor can take an equity stake in a residential property development project by buying shares in a Special Purpose Vehicle (SPV), the benefits become immediately clear - you can invest in a very specific housing development directly, but without the need to a) have tens of thousands of pounds to do so or b) be an experienced house builder yourself.

A Joint Venture Agreement (JVA), which is a partnership between builders, finance houses and developers, creates an SPV as a temporary subsidiary company in which the investors buy shares. It’s a limited company and the money invested into or lent to it can only be used on a specific development.

The investor’s exposure is limited to the amount invested, but there’s the potential for very attractive returns. If the houses sell for more than projected, the return for investors can benefit because the amount returned to investors is a percentage of the profit achieved equal to the proportion of equity held.

The beauty of these schemes for the small investor, who doesn’t have a lot of disposable capital, is that the financial entry point of £1,000 can make it extremely more accessible than other routes to getting involved in property.

There’s also the security of investing in an asset and, even if property prices were to fall, there’s still the option of renting out the homes until the market recovers, whilst the time frames for a return – typically 18 months to two years – are short relative to the possible returns.

Investing in property without a large capital outlay

It was undoubtedly once the case that if you wanted to invest into property, you needed to have a large amount of money to do so. You had to buy the land and hire builders, buy a property outright and renovate, or even simply secure a buy-to-let mortgage, which would require a large capital sum.

But that’s simply not true today.

There are so many options available that investors from retail level right through to institutions can become involved - often together - and directly tackle the UK’s housing crisis.

Whilst the need to complete your own in-depth due diligence is as strong as ever, the reality is you can invest into property today without having a considerable amount of capital in your pocket.

Has the alternative finance bubble burst?

How do experienced investors develop a portfolio diversification strategy?