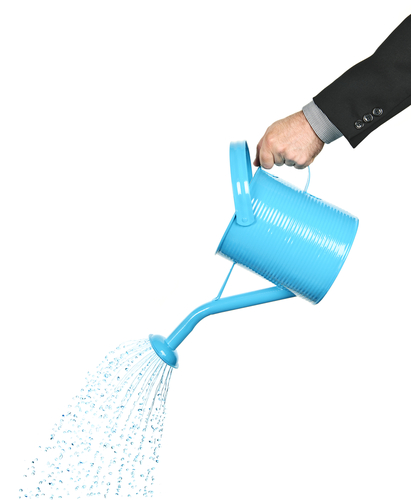 According to the Department for Business Innovation and Skills, there were an estimated 4.8 million businesses in the UK at the start of 2012, employing approx. 23.9 million people and having a combined turnover of £3,100 billion.

This data only serves to emphasise (and we can’t do this strongly enough!) the importance of SMEs in today’s business landscape.

The above is further underlined by the fact that within this population, almost all of these businesses were small – 99.2 per cent, with only 0.6 per cent being classed as medium and 0.1 per cent large – a ratio which has remained relatively consistent since 2000.

The prevailing economic climate has seen many new start-ups evolve from personal circumstances such as redundancy, sector downsizing and lack of employment opportunities.

A large number of business start-ups are launched each day and yet many of them fail to gain leverage and traction for a myriad of reasons and failure rates are acknowledged as being high.

According to the Small Business Administration (SBA), seven out of ten new businesses survive at least 2 years and 51 per cent survive at least 5 years. Better statistics than we have previously seen but still a significant proportion do fail.

It is therefore essential that entrepreneurs do all that they possibly can to provide their start-up with the best possible chances of survival and success.

There are many, many reasons why businesses fail to succeed – far too many to cover in one blog. There are, however, some common and widely acknowledged factors which, if anticipated and planned against, can increase your chances of survival from the outset.

Some common ‘pitfalls’ include: a lack of planning; incorrect or misguided motivation; poor management; insufficient industry or market knowledge; inappropriate resources; lack of marketing strategy/activity; poor location, to name but a few. Frequently, however, lack of capital is a key factor in business failure rates.

Crowdfunding can help with some of these issues (please see our series of other blogs ‘crowdfunding isn’t all about the money part 1, part 2, part 3 and part 4) and it can also work to mitigate risk, but a significant contribution that it can make to enhanced survival potential is in relation to funding.

Not having sufficient funds in place is a key factor in business failure rates. Many new start-ups (and indeed companies looking for growth) underestimate the level of capital they need to support growth. A business, especially during the early stages, relies on funds being available to sustain activities.

Business owners often underestimate how much money is required in this respect and can be forced to curtail activities or even close before they have had sufficient opportunities and time to succeed. This also often exacerbated by an unrealistic (and over-estimated) expectation of revenue generated by sales activities. Click here to read our blog on cash burn and runway.

It is therefore essential that you closely plan, check and analyse how much money the business requires in order to not only start trading, but to sustain itself during the ‘traction’ and ‘adoption’ phases of its lifecycle. Bear in mind that for a large proportion of businesses, this can be between one and two years.

Always calculate, document and monitor your estimated funding requirements for at least 12 months into the future.

This is an area in which GrowthFunders aims to support its entrepreneurs – we are passionate about supporting new and growth businesses.

We want to provide tangible assistance that goes beyond the mere facilitation of funding. We want to work with the companies on our platform to ensure that their chances of survival are increased from outset. Our ultimate aim is very bold and certainly challenging: we want to change the dynamics of business start-up statistics.

A recent NESTA report identified that for every 10 businesses which start, 7 will fail, 2 will do ‘okay’ and one will ‘fly’. How wonderful would it be for our entrepreneurs (and economy) if we could (through support, planning and the provision of viable tools and mechanisms, as well as funding), change that dynamic by even just one increment?

Start up investing alongside experienced investors

Admin
Read more about Start up investing alongside experienced investors

Craig Peterson
Read more about Can we solve the housing crisis with property crowdfunding?
More Insights