Risk, Poker, and the Butterfly Effect

I can say with absolute confidence that 4/5 of the GrowthFunders team wouldn’t have ventured out of the haven of the air-conditioned office for any other reason than to attend the fantastic event put on by Harlands, last Thursday.

As part of their plan to bring the world’s leading business speakers to the North East, Harlands invited former actor, writer, and professional poker player, Caspar Berry, to deliver his keynote speech “Risk taking and decision making in poker, business and life” to a room packed-full of entrepreneurially-minded guests. 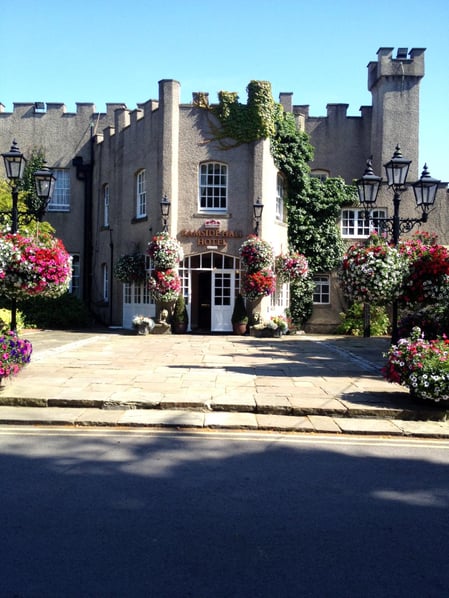 Taking our seats, we rifled through the goodie bags – who doesn’t love a free mug?! – and were introduced to Caspar. The talk was split into two sessions: the first looking at the economic side of decision making and the second, the psychological side.

“There are 3 realms of risk: operational, strategic & personal”

Using the metaphor of poker, Caspar explained how risk can be calculated and we shouldn’t be afraid to lose a hand (fail) in the short term, as long as we can see that the decisions/risks will pay off in the long term.

“Selection is the essence of the decision making process”

Next came a spot of audience participation as we were asked to swap stories of the decisions we had made and the risks we had taken in order to get to that very event. The answers ranged from one man’s car journey to Ramside, to a lady who had left a comfortable job to go freelance.

Both had made conscious decisions with varying levels of risk, but both had been confident enough to take that risk, and had made their final decision without knowing what the outcome would be.

“How do we overcome the feeling of failure? We don’t”

American baseball legend, Babe Ruth, took us into the interval as Caspar revealed that not only did Babe hold the record for hitting the most home runs, he also held the record for the most strike outs. A murmur went around the room;

Babe Ruth isn’t remembered for the number of strikes he got, because his long term success far outshone his short term failures. He's remembered as a Legend.

“A strike out doesn’t matter. Be a legend in the long term”

After a competitive round of “Spot the Professional Poker Player”, we realised that we make unconscious decisions and snap judgements all the time, which often end up being right. And we don’t think of them as being particularly risky because, we don’t really think about them at all…and that’s ok; things still run along smoothly for the most part. So maybe we should learn to trust our instincts more when it comes to taking "risks" and trying new things.

The speech left us with so much to think about, from taking risks in business, to the necessity of (short term) failure, to the Butterfly Effect. We’d like to give a huge thank you and congratulations to Harlands for putting on such a fascinating event and thank Caspar Berry for his keynote. We only wish we could have stuck around to play a hand or two of poker afterwards.

How To Create A Killer Equity Crowdfunding Pitch - Step 8: Your Business Plan

How To Create A Killer Equity Crowdfunding Pitch - Step 4: The Lean Start Up Method

Jenna Taylor
Read more about How To Create A Killer Equity Crowdfunding Pitch - Step 4: The Lean Start Up Method