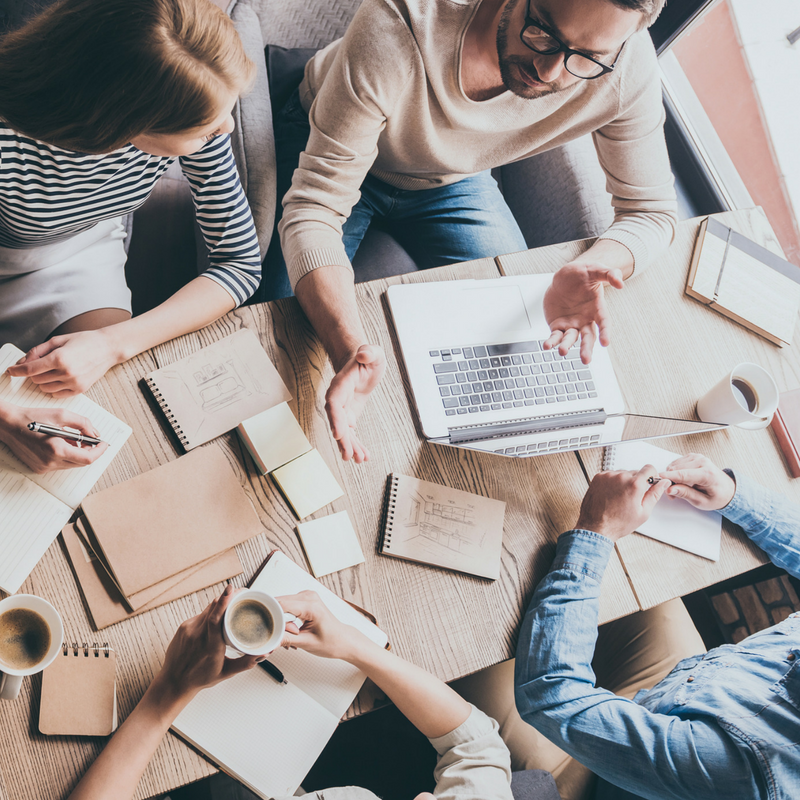 A lot of people suffered as a result of the financial crisis of 2008 and the subsequent credit crunch and fall in living standards.

People blamed the banks in particular and the world of high finance in general for their recklessness in causing the crash. Understandably, this has fostered a distrust of the whole investment process.

And nowhere is this cynicism likely to be greater than among the young.

A major report published earlier this year by the Resolution Foundation found that the trend that ruled throughout the last century, which saw each generation enjoying a higher standard of living than its parents, has not only halted, but has gone into reverse.

In the UK, this has been accompanied by a major generational reversal on housing. The home ownership rate for millennials in their late 20s, at 33%, is barely half that for the baby boomers at the same age (60%).

Also in the UK, those under the age of 30 have suffered the most acute pay squeeze – a 13% fall in real terms. Only Greek millennials, whose pay packets are 25% lighter, have fared worse. Again, this pain doesn’t seem to have been shared equally across the generations. The UK pay squeeze for the under 30s was twice that suffered by those in their 50s. In many other countries, the young have felt the pressure not so much in pay as in unemployment. The youth unemployment rate has more than doubled in Italy, Spain and Greece between the early 2000s and the years following the financial crisis and remains above 25% today.

In the light of all this, it’s no wonder millennials may take a different view of investing to that of earlier generations. Scarred as they have been by some of the excesses of the markets, it would be amazing if they weren’t.

However, this doesn’t mean they won’t invest. On the contrary, they are a number of factors which will be driving them to do just that. Like any other generation, they will want to settle down, bring up families and save for the future. Also, they’re a particularly savvy generation, thoroughly at home with the internet and digital technology and not at all afraid of using that technology to get what they want. A young person who has used their mobile phone to arrange a loan is just as capable of buying shares using the same medium.

They also have some very powerful role models – other millennials who have embraced capitalism and made themselves wealthy, but apparently without compromising their ideals. Many of these are household names, internationally recognised entrepreneurs who used and directed the new technologies to build huge businesses and to change the world. Obvious examples are Facebook’s Mark Zuckerberg, Sergey Brin of Google and Reddit’s Alexis Ohanian, but there are also hundreds of less famous examples who, nonetheless, are well-known in their own countries and regions.

For instance, Vibin Joseph founded BiOZEEN, the bioprocess engineering company in 2005 to help save the lives of the 6.6 million children who die every year from diseases that can be prevented by vaccines. Now, BiOZEEN is responsible for the immunisation of one in every three children worldwide with its manufactured vaccines.

There is also Enass Abo-Hamed, who founded H2GO Power, a clean-tech company that provides safe methods of hydrogen production and storage to generate power on the move, Enass was a finalist in the 2015 Cartier Women’s Initiative Awards and won the Best Energy Startup award at the 2016 HT Summit.

Finally, Rainier Mallol co-founded AIME, a software that uses epidemiology, public health best practices and artificial intelligence to predict deadly outbreaks. Aiding world governments in tackling diseases even before they happen, AIME was listed as a finalist in Forbes’ Top 40 for World Changers in 2015 and won the PitchGov Sao Paulo competition in the health category.

These are all people who are untainted by the crisis of 2008 and whose lives and businesses seem a world away from the banks and investment houses which did so much damage in 2008.

Making an impact with investments

Another characteristic of all these businesses is that they are seen as having had a positive impact on society. Whatever the criticisms currently being made of Facebook in relation to fake news or other abuses, the experience of young people is that it has enabled them to connect and has enriched their lives. The same goes for Google or Uber.

Impact investments are those which make a difference and do positive things for society, whether that’s through helping to mitigate the effects of climate change or just by providing employment opportunities. Impact investing can include a growing list of activities including: access to education, energy, water or healthcare; affordable housing; renewable energy; and microfinance.

Younger people have always been idealistic, wanting to make a difference and change the world for the better, but millennials feel empowered to do something about these concerns.

On the one hand, the internet and advances in digital technology, particularly online platforms, have brought wider investment opportunities and greater control over their own investment decisions at the same time as it has done away with much of the mystique surrounding investments and the barriers placed in the way of the uninitiated. It has also given them an immensely powerful research tool, allowing them to inform themselves on social issues and to explore which businesses are truly doing something to address them.

This is why, as they increasingly become investors themselves, millennials will make impact investing the norm. With their experience of the crash, they will be determined that their investments should not only not fund socially harmful activities, but should finance positive social impacts and make a real difference to the world around them.

Is impact investing only for millennials?

Dan Smith
Read more about Is impact investing only for millennials?

Why is tax efficient investing so appealing to younger investors?

Luca Peterson
Read more about Why is tax efficient investing so appealing to younger investors?

Income tax and the EIS: what you need to know as an investor

Lauren Miller
Read more about Income tax and the EIS: what you need to know as an investor
More Insights