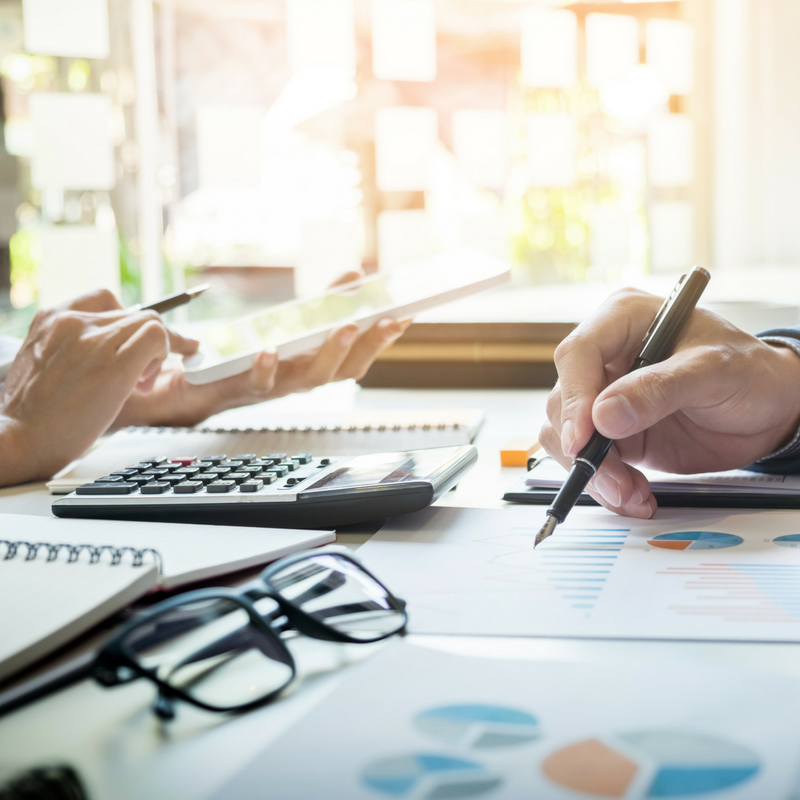 How to claim your EIS tax reliefs: loss relief

Among the first of the UK's venture capital schemes, the Enterprise Investment Scheme (EIS) was introduced in 1994 to be the successor to the Business Expansion Scheme.

Promoting investment into unlisted early-stage businesses, the scheme has undergone a number of changes over the years, but the main goal has remained - ensuring a steady stream of capital to the businesses that need it the most with the help of especially generous investor tax reliefs.

Over £24 billion of funds having been raised for more than 33,000 early stage businesses via the EIS since its introduction. Much much of this success has been linked with its ability to offset a proportion of the risk associated with investing in early stage companies through a number of tax incentives aimed at reducing the total exposure while maximising potential upside.

One of the most interesting, yet least understood of these tax reliefs is EIS loss relief, a tax relief offering investors the ability to minimise the impacts of a loss in the value of shares should an unexpected event arise.

An overview of EIS loss relief

Whilst EIS-eligible investment opportunities are vetted to have a long term vision for growth in place, EIS offers loss relief in the event that a loss is realised on your investment by offsetting the loss against your marginal rate of income tax or capital gains tax (CGT).

The more popular route of the two (though not necessarily the more appropriate one due to personal tax circumstances), offsetting a loss against income tax relief usually provides a higher relief, due to the higher rate of income tax compared to capital gains tax. Applied at marginal rate of 20%, 40%, or 45%, this depends on whether you are a basic, higher or additional rate taxpayer.

Read more: Income tax relief and the EIS: what you need to know as an investor

Such a relief is allowed due to EIS companies being classified as a qualifying trading company - that is a UK-based business with a qualifying trade, not listed on a recognised exchange with gross assets under £7m before the round. If these conditions sound familiar, this is because they are the same as those required for EIS eligibility, so while a company does not need to have EIS to qualify for loss relief, it does need to satisfy the same conditions.

EIS loss relief is calculated by multiplying your effective loss (the value you originally invested minus the return you realised and value of income tax relief you claimed) by either your marginal rate of income tax or rate of capital gains tax (dependent on which route you choose).

For example: should a higher rate taxpayer investor invest £50,000 in an EIS opportunity, of which they have already claimed £15,000 back in income tax and only realised £5,000 in returns, they could then multiply their effective loss of £30,000 by their 45% rate of income tax to claim back a total of £13,500 in loss relief.

As with deferral relief and IHT relief, you do not need to have claimed income tax relief. However when you claim the loss against income, you will automatically qualify the shares for income tax relief, so this can be claimed at the same time, provided the company has not already had EIS relief withdrawn.

Qualifying capital losses can be set against income arising in the year of the capital disposal (or negligible value claim). You may also elect for the capital loss to be treated as arising in the immediately preceding tax year and so offset against income from that year. This could give rise to a higher rate of tax relief if your marginal rate of tax was higher in the previous tax year (due, for example, to higher income or different tax rates that year)

If you complete a self-assessment tax return, you can claim EIS losses against either income tax or capital gains tax by completing the SA108 form. To report this, the section “Unlisted shares and securities” should be completed, stating the amount of the loss to offset against income, both for the current tax year and the amount for the preceding year. You should also state the amount of the loss that is attributable to EIS.

If the loss is to be offset against capital gains tax, this is achieved by using the same form, but it should be completed to show the loss attributed to capital gains. If you have already reduced your income tax liability to zero, or have reduced your capital gain to the allowable limit, you can carry any additional loss forward as with any capital loss.

Read more: Capital gains tax and the EIS: what you need to know as an investor

Loss relief claimed through self-assessment may reduce the amount of tax that an individual needs to pay for the relevant tax year. If that means they have already paid too much income tax, they can request that HMRC repay the excess either by cheque or directly into their bank account, by completing the “If you have paid too much tax” section of the self-assessment form.

If shares in an EIS-qualifying company fall in value to zero, in certain circumstances investors may have the option of making a negligible value claim, by informing HM Revenue & Customs that the shares are worth nothing or next to nothing, even if they haven’t been sold. Usually, a claim for loss relief is based on the price at which you sell your shares, but if the shares have nil value you may be able to make a claim for the amount of the effective loss.

You can provide details of your negligible value claim in box 54 ("Any other information") on page CG4 of the Capital Gains Tax summary pages, or in your computations included with your tax return. This is separate to reporting the associated loss, though they may both be reported on the same return if you are declaring the loss while making a return, using “NVC” for the claim or election code.

If you’ve never made a gain and aren’t registered for Self Assessment, you can write to HMRC instead.

The loss relief, when aggregated with all other specified income tax reliefs, is limited to a maximum of £50,000 or, if greater, 25% of the taxpayer’s “adjusted total income” for the tax year.

You don’t have to report losses straight away - you can claim up to 4 years after the end of the tax year that you disposed of the asset.

Loss relief can reduce the investor's exposure to 38.5% of the original investment if the investor elects to set off the loss against income tax due for the current year, and assuming the investor pays income tax at a marginal rate of 45%.

Negligible value claims are treated as if you sold and then immediately acquired the asset, with a value of zero, meaning you must own the asset when claiming and still own the asset after the claim. However, if you purchase an asset with a negligible value, you may not then claim, as it must become negligible while you are holding it, not at the time of purchase.

If making a negligible value claim, you can choose to specify an earlier time when you will be treated as though you had disposed of and immediately reacquired the asset. If you want to specify an earlier time then you have to meet all of the necessary conditions to make the claim at the time the claim is made. In addition, you must have owned the asset at the earlier specified time and the asset must have become of negligible value on or by the earlier specified time.

The earlier time you choose can be up to 2 years before the start of the tax year in which you make the claim. So, if you submitted your tax return on 31 January 2022 and included a claim with that tax return, you could specify an earlier time from 6 April 2019 to 30 January 2022.

And as mentioned in our previous posts on EIS tax reliefs, the EIS3 certificate issued must be kept safe, as HMRC may request that the original be sent in as evidence for the claim. As they are only issued as hard copies, another form must be requested if lost which again can take a few months.

The information here is provided as general guidance. If you are unsure about any of the details regarding EIS loss relief, professional advice should be sought. Similarly, if you have any specific questions you can contact the team at Small Company Enterprise Centre on 0300 123 1083 or email enterprise.centre@hmrc.gsi.gov.uk.

Providing some of the most generous tax reliefs and incentives currently available to UK investors, the Enterprise Investment Scheme has played a pivotal role in driving forward growth in the UK's startup economy over the past three decades.

Boasting  a range of EIS eligible investment opportunities stretching back to our very first in 2015, our portfolio, the GCV portfolio demonstrates our belief that by investing into opportunities under it the Enterprise Investment Scheme, investors can directly support the growth and prospering of the next generation of British businesses whilst bolstering their portfolio with growth and impact.

How to claim your EIS tax reliefs: capital gain tax

EIS and SEIS side-by-side: how do the tax reliefs differ?

Dan Smith
Read more about EIS and SEIS side-by-side: how do the tax reliefs differ?

SEIS reinvestment relief: what is it and how does it work?

Harvey Hall
Read more about SEIS reinvestment relief: what is it and how does it work?
More Insights