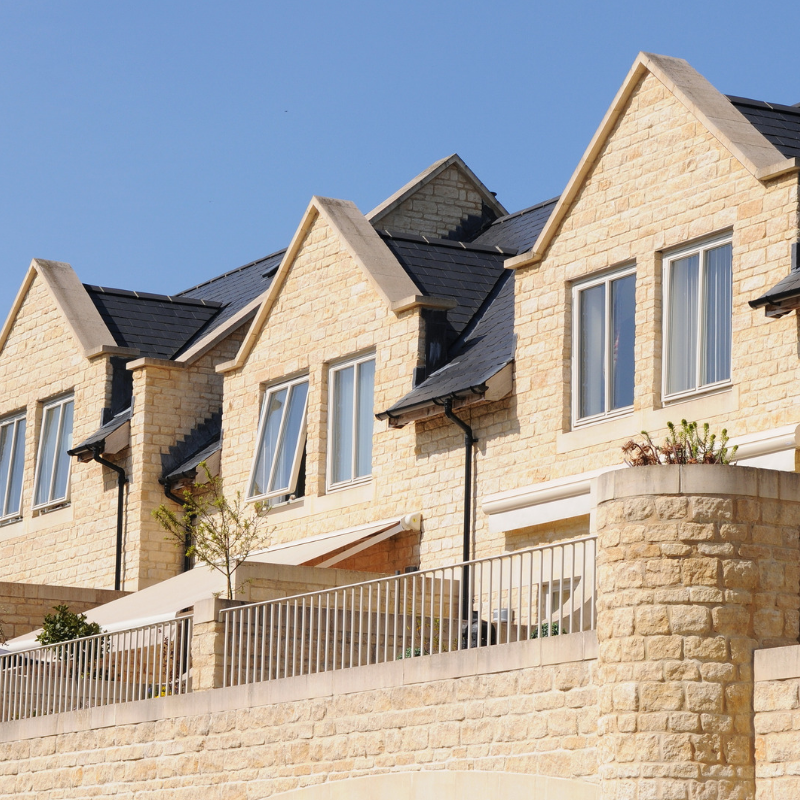 Property has always had the potential for good long term investment.

Over time prices rise, even taking into account short term market corrections. The Department of Communities and Local Government records the average UK house price in 1969 as £4,640. By 2007 this had risen to £223,405.

There’s every reason to believe that this trend is going to continue. As long as demand outstrips supply prices will rise and that’s the situation in which the UK finds itself at the moment.

It’s generally accepted that to meet the growth in demand and to replace ageing stock, we should be building at least 300,000 houses a year in the UK. That, however, would represent a near doubling of the 2015/16 level of building and it’s a rate of building that hasn’t been achieved for the past 40 years.

Against this background, it’s hardly surprising that in its recent report, property expert Savils forecasts a UK average compound growth in house prices of just over 14% over the next five years.

There are few things more frustrating than standing on the sidelines watching a market on the rise and other people making money and wondering how you can get a piece of the action.

For many years, the way to get in on the act was through buy-to-let, investing in a property and then renting it out. This proved to be a money spinner for a lot of people over a number of years. It looked like a one way bet, bringing in a decent income which was greater than financing and other costs and a capital gain on the back of rising house prices.

Unfortunately buy-to-let carried the seeds of its own destruction. More people piling into the market pushed house prices up even further, which was good for the owners, but not so good for younger people who wanted to get on the housing ladder but couldn’t afford it.

Eventually the government, faced with the prospect of losing the votes of those same young people, took the view that buy-to-let was distorting the market. So, it brought the party to an end with a stamp duty hike, restricted tax relief on interest payments and tighter regulation on mortgages.

It looks like it worked. Savills argues that these measures have already led to a steep fall in those buying investment properties with mortgages, but that the decline is likely to continue. Interest rates are still low and the introduction of restricted interest tax relief has been staggered, so, as the full effects work through, there’s likely to be a further fall in buy-to-let numbers.

So, if the buy-to-let has been closed off, where does the wannabe property investor turn next?

DIY isn't for the fainthearted

There is, of course, the oldest and simplest way of all – build a property yourself or buy one and renovate it.

This can be a rewarding road to go down and many people have made money out of this kind of direct property investment. However, it’s not recommended for the inexperienced.

You need to know the building trade and you need good contacts. If you don’t have the necessary skills and knowledge yourself you’ll be placing yourself and your capital in the hands of contractors. Your money could be tied up for far longer than you planned while you still have to meet ongoing expenses.

Another option is to take a step back and invest in property indirectly through a property fund, often called an ‘open ended property fund because it can issue and redeem shares at any time.

Investing in these avoids many of the pitfalls of buy-to-let or direct investment, but they have had their own problems. In 2016 several were forced to halt withdrawals following the EU referendum as investors rushed to take money out.

This underlined a weakness of open-ended property funds. In the face of a call for mass redemptions, such as in 2016, it takes time for them to raise the cash needed to meet call for payments because properties – unlike shares – can’t be sold instantly.

“Closed-ended" trusts, which don't allow direct withdrawals by investors, didn't face the same problem, but selling pressures were still reflected in the share prices of the trusts.

The open-ended funds affected reopened between July and December 2016. But, in an attempt to prevent a recurrence of the problem, most have significantly increased the amount of cash they hold. But, holding large amounts of cash in a rising property market rather defeats the point of the investment as, with extremely low interest rates, it can’t generate the kinds of returns that property should be making.

However, there is a way to invest in property which doesn’t require a lot of capital or the risks and hassle of direct ownership, but which can still bring good returns – and that is through joint venture investing.

Nothing joint ventured, nothing gained

A joint venture, or JV, is a common and traditional way of structuring a property development, as it brings together a mix of different disciplines and expertise, as well as significant capital.

Only this summer, for example, a new JV was launched by Homes England, Kier Living and Cross Keys Homes to build around 5,400 mixed-tenure homes by 2028. Kier will receive £27m from the JV in the form of a loan from Homes England in return for an initial contribution of four development sites. The partners will contribute £47m of equity funding.

Thanks to the internet, the ordinary investor can now take part in JV property investing. Online platforms now allow large numbers of investors to invest alongside each other, either through peer-to-peer lending or crowdfunding.

Development projects are commonly done through a Joint Venture Agreement (JVA), a partnership between builders, finance houses and developers. The JVA creates an SPV as a temporary subsidiary company in which the investors buy shares. It’s a limited company and the money invested into or lent to it can only be used on a specific development.

The investor’s risks are reduced, as exposure is limited to the amount invested, but there’s still the potential for good returns. If the houses sell for more than was projected, then the return for investors can benefit, because the amount returned to investors is a percentage of the profit achieved equal to the proportion of equity held.

As little as £1,000 can be invested in a single project, allowing the investors to spread their capital among a number of developments and so mitigate their risk. There’s also the security of investing in an asset and, even if property prices were to fall, there’s still the option of renting out the homes until the market recovers. The time frames for a return – typically 18 months to two years – are short relative to the possible returns.

These vehicles and platforms provide the ordinary investor with a way of being able to share in the benefits of the property market. Even if they lack any specialist knowledge or experience, they have the comfort of knowing that they are investing alongside property experts, who’ve done the research and do know the market.

Against the background of a rising market but where options such as buy-to-let or property funds have either been closed off or have serious drawbacks, joint venture investing looks like the best option for the small investor wanting to get into property.

How to get started in property investing

Joint venture property investing: Everything you need to know