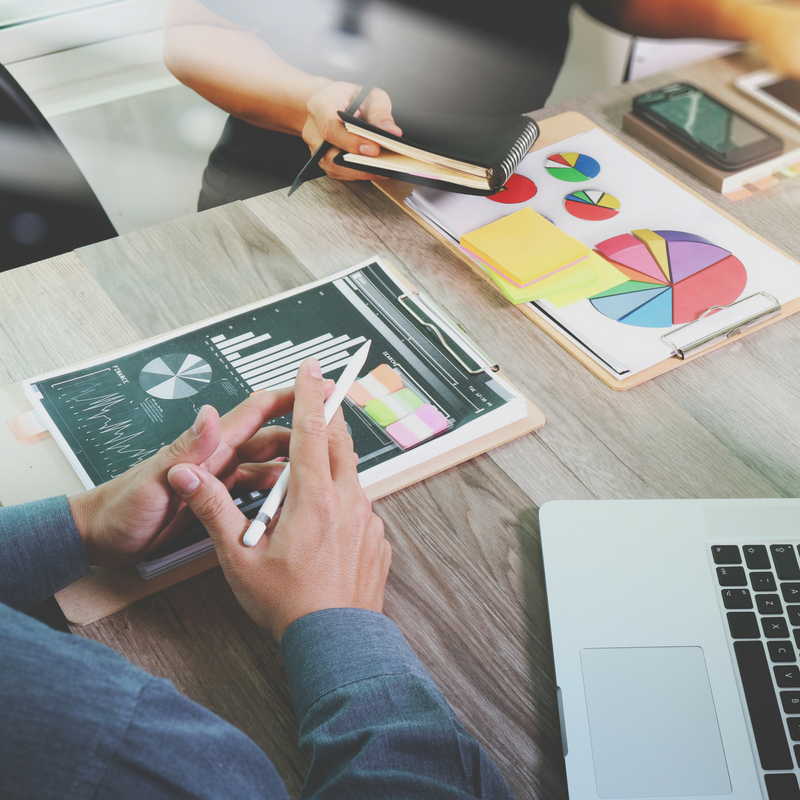 Investing for impact – the process of investing in businesses and projects that will have a positive impact on society, the environment or otherwise - is undoubtedly growing more popular and attracting more investors.

In fact, impact investing is forecast to be worth USD$1trn by the end of 2020, according to a report by leading investment bank JP Morgan. And only last summer, Swiss Re, one of Europe’s biggest insurers, announced it was moving its entire USD$130bn investment portfolio to new, ethically-based benchmark indices.

So what explains this rise in impact investing? Why are more investors looking to make a difference compared to even just a short few years ago?

1. An increased desire to do good - and better opportunities to act on it

It’s a statement of the obvious for many, but one of the main reasons behind the growing popularity of impact investing is the desire the make a positive difference to the world. Youth has always been associated with idealism and now recent generations feel empowered more than ever to do something to put their ideals into practice.

Advances in the internet and digital technology, particularly online platforms, have aided with the ability to do this, bringing wider investment opportunities and greater control over own investment decisions.

What's more, it's brought an immensely powerful research tool, allowing investors to inform themselves on social issues and to explore which businesses are truly doing something to address them. At the same time, it's easier than ever to see how prominent role models in the shape of internationally famous young entrepreneurs - think Facebook’s Mark Zuckerberg, Sergey Brin of Google and Reddit’s Alexis Ohanian - are changing the world by making a genuine impact.

Making a difference doesn’t come - or doesn't have to come - at the expense of making money. It might be assumed that by not concentrating solely on financial returns, the impact investor is taking their eye off the ball and will make less money than if they weren’t concerned about their social responsibility.

But in fact, the opposite is often the case. Investing for impact is good for your wealth as well as for society.

We’ve mentioned that Swiss Re decided to is move its US$130bn investment portfolio to ethically-based benchmark indices. It did this because it believes that it makes commercial sense.

“This is not only about doing good, we have done it because it makes economic sense,” Swiss Re chief investment officer Guido Fuerer told Reuters. “Equities and fixed income products from companies and sectors with a high ESG [social and governance] ratings have better risk-return ratios.”

Then there was the Harvard Business School study, as reported in Money Week. This took the hypothetical case of someone who in 1993 had invested in a select group of public companies that focused narrowly on financial returns. After 20 years, each dollar they’d invested would have been worth USD$14.46. However, if they’d invested in a portfolio that factored in the most important environmental and social issues while growing their businesses, that dollar would have been worth USD$28.36 after 20 years. In other words, by investing for impact, they would have doubled their money.

Also, a survey by the Global Impact Investing Network (GIIN) and JPMorgan found that 55% of impact investment opportunities result in competitive, market rate returns. The survey also revealed that portfolio performance for impact investments overwhelmingly met or exceeded investor expectations in terms of both financial goals and social or environmental impact.

All these findings, along with the Swiss Re decision, are supported by anecdotal evidence of young entrepreneurs such as the Zuckerbergs and the Brins of the world whose businesses have literally changed the world and who, in the process, have made fortunes for themselves and their backers.

3. Businesses that make an impact tend to do good business

There are a number of possible reasons why businesses that make an impact should also give a decent return on investment, and many of these are related to the fact they're generally good businesses.

Take these points as examples:

It isn't a hard and fast rule, but it's a very common theme - impact-focused businesses are generally businesses that have an attractive business model in every sense.

4. The tax breaks are particularly generous

Given that many of the impact-driven investment opportunities are from ambitious startups, in many cases impact investors can enjoy significant tax benefits.

It’s often those startups with innovative, disruptive technologies and know-how that can bring the greatest benefits from an impact perspective, and the government is keen to encourage investment into these enterprises with generous tax incentives.

For instance, the EIS - Enterprise Investment Scheme - was introduced to stimulate investment in new businesses with significant tax breaks for those investing into smaller, high risk, unlisted companies. Recently the rules were adjusted to actively encourage investment made into 'knowledge intensive' companies.

Often said to be one of the Treasury’s best kept secrets, it's somewhat surprising that this tax efficient investment scheme still doesn't have the popularity it deserves - especially given the fact £1.8bn worth of investment went into EIS opportunities during the 2016/17 tax year, according to the Enterprise Investment Scheme Association (EISA).

With a range of tax reliefs available, the most notable of this is income tax relief, which is provided at a rate of 30% of the value of your investment. This relief can be claimed up to a maximum of £1m invested in EIS qualifying shares, so this gives a possible tax reduction in any one year of £300,000 (although the recent changes saw this increased to £2m / £600,000 for knowledge intensive companies).

And whilst the immediate income tax relief may be the most notable of the reliefs, there are various others that are just as appealing.

For example, there’s a ‘carry back’ facility, which allows all or part of the cost of shares bought in one tax year to be treated as though they had been acquired in the year before. This means that relief is then given against the income tax liability of that preceding year rather than against the tax year in which the shares were actually bought.

With loss relief available should your investment in an EIS-eligible company be sold for less than you paid for it (achieved through offsetting against income tax liability at the marginal rate paid by the investor in the year of the sale), EIS-based shares must generally be held for three years to access these reliefs, but for those impact investors in it for the long term, this is a relatively short period.

Given the rise in popularity of impact investing, it's no real surprise that it seems everyone wants a piece of the pie. Very much a positive circle - the more desire there is to invest in impact opportunities, the more demand there is for companies to make more of an impact and raise funds to grow - there's undoubtedly enough of the impact investment pie to go around.

And with it easier than ever for investors to access such impact-driven investment opportunities, now really is the time when everyone can realistically consider becoming an impact investor.