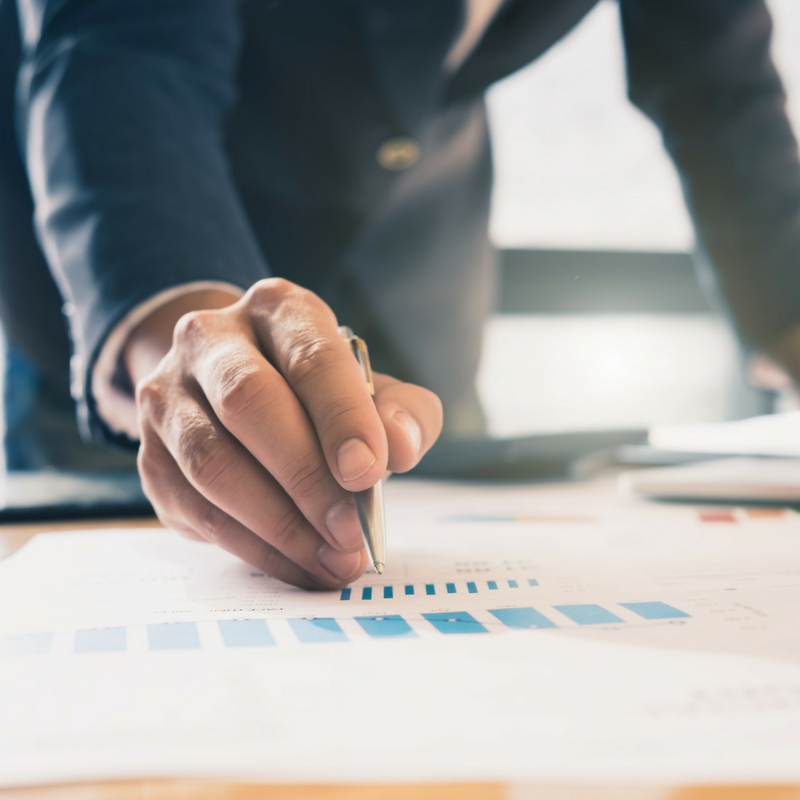 There is no precise way to predict startup failure – unless robot developers in India are to be believed.

At a recent United Nations event in Geneva they unveiled an AI which they say can accurately calculate which startups will thrive, and which will die.

SRKay Consulting Group’s creation uses an algorithm based on “human only attributes” that have been ignored by funding agencies the world over, it claims.

However, it could be several years before the early-stage tech is available to the masses.

For now then, as a startup investor you have only your own analytical skills to rely upon in avoiding the risk of backing the wrong enterprise.

Although an often-disputed statistic, the startup failure rate is regularly cited at 90 percent. This means nine in 10 startup investments are wiped out within five years.

Investors are fully aware of the risks – and may load their baskets with upwards of 10 or 20 entrepreneurial eggs to mitigate them.

Meanwhile, startup investment is, in itself, a form of risk mitigation.

Sophisticated investors may have portfolios otherwise dominated by stock market or property interests. And whilst both asset classes are exposed to the dangers of market-wide slumps and crashes, many come to startups seeking balance and diversification. Investments squirrelled into a bright young tech firm, for example, may be protected from the ill winds of market turmoil.

This works both ways of course. Rising share prices can offset the losses that come with the high failure rate of startups.

And for the most part, startup investors understand that they are playing a high risk, high reward game.

Just as they seek to maximise the rewards by diligently choosing their investments, they also seek to minimise risk where possible.

So what are some of the common startup investment risk factors, and how do professional investors look to mitigate them?

The startup could run out of steam

Startups are usually brought into the world by enthusiastic and excited creators. As the pressures of business growth take hold, however, the initial spark may fade. If entrepreneurs lose interest or focus, the business is likely to fail, posing a direct threat to your investment.

This risk can be mitigated in your analysis of the management team. A key aspect of this is questioning the motives behind the business. If chasing profits is the only reason for the startup’s existence, it most probably lacks the drive needed for the challenges ahead.

Failure can be common in startups

Startups are a speculative form of investment. Commonly, budding entrepreneurs are told that 90 percent of startups fail. This stat is so well-worn that it has been accepted as fact, regularly repeated year-on-year.

But recent evidence suggests that new startups have slightly better odds than a one in 10 chance of survival. For example, the Enterprise Research Centre last year reported that the worst startup survival rate in the UK is in London. Here only 50.1 percent of startups formed in 2013 made it to their third birthday. The national average was reportedly 46.5 percent. Clearly startups are high risk, but a 10 percent survival rate is perhaps overly pessimistic.

Even so, it is a risky game and total loss of capital is a very real prospect. As a result, many investors choose to spread their investment amount around 20 or more startups in their portfolio. It's all about not putting your eggs in one basket, as one soaraway success in a high growth market could eclipse losses with others.

It’s difficult to be certain about returns

There are no guarantees of returns from startup investment, and any that are forthcoming are unlikely to be received frequently or at regular intervals. Startups are best avoided by investors looking for stable returns at predictable times.

Conversely, for many savvy startup investors, it is the erratic nature of returns that draws them in. The anticipation of receiving the lucrative spoils of rapid growth far outweigh the looming sense of uncertainty.

Minimising the risk of a zero-return scenario comes in the pre-investment stage. Scrutinising the planned route to an exit may expose the threat of losing your entire investment.

Particularly hands-on investors may also seek to intervene further along the journey if a startup’s chance of success is dissipating. Sharing their expertise could very realistically help to get the business back on track.

Clearly the overall performance of the business influences the level of return, but the investor’s in-depth assessment of the initial opportunity helps to mitigate the risk of capital loss.

As the startup grows, shares can be diluted

If the startup needs extra capital to aid its development, your share could be diluted. Also, as more investors come on board, your influence within the business could decrease. This is especially problematic for angel investors who want to be relatively active in steering the direction of the business (and who don’t want to be involved in further rounds of investment).

While taking on extra capital may not have been planned initially, the most successful investors question the startup’s plans for future capital injections and spending at the outset, and work into their investment plans what their stance will be should further investment rounds be apparent.

The average time from initial startup investment to exit is 3.5 years, according to the largest ever study on angel investment in 2012. The research, by Willamette University’s Robert Wiltbank and Warren Boeker, of Washington University, tracked 539 angel investors and 1,130 exits up until 2012.

Many investors will wait a lot longer, as shown in more recent research of the venture capital (VC) market.

Data firm Pitchbook’s analysis found that the median time to exit is five years for acquisitions and buyouts, and 8.2 years for an IPO. This study tracked US VC investment funds on the hunt for the next multibillion-dollar enterprise, rather than angel investors. It illustrates the point, however, that startups can take years to reach a liquidity event.

Unlike stocks, which can be easily bought and sold, investment in a privately-held business is difficult to cash in. Secondary markets for such stakes are also hard to come by. While the risk of illiquidity over a prolonged period is accepted by the savvy investor, plans for liquidity events should be examined before investments are made - and ultimately, investors should be willing to be involved in the opportunity for the long term.

A skewed valuation can have multiple repercussions

Backing startups carries the risk of overpaying for your investment. This, in turn, can limit your eventual return. The initial process of evaluating every factor that has influenced the startup’s value helps to mitigate this risk.

The true value can never be exactly predicted with total confidence in the startup’s early stages, but the deeper you delve into the numbers, the more accurate your assessment of the entrepreneur’s perceived value is likely to be, and the more informed of a decision you can make.

If the startup underestimates the challenges of establishing itself in its target market, the business could fail. Alternatively, its capital requirements could escalate as it chases customers which are harder to reach than it expected.

The sophisticated investor will navigate this risk by carefully analysing the startup’s plan of execution before investing. Investors need to see evidence that it has the means, methods and offering to win the customers needed to scale up - and ultimately ensure the cost of acquiring customers must be dwarfed by each customer’s lifetime value.

A growing management team can cause disagreements

The pressure of growing startups can cause cracks in business relationships. A disharmonious management team is not a catalyst for success.

From the first meeting with the startup, prospective investors are scrutinising the management team to see if it has what’s needed to succeed. Their collective and individual skills, experience, passion and flexibility are among key areas of focus, but there should always be an eye on relationships and team playing - everyone should be driven to achieve the same goal from the start.

Cashflow problems can be apparent in expanding startups

Is your investment genuinely going to be put to good use to scale the business up – or is it a much-needed financial plug keeping the administrators at bay?

The answer to this should actually be relatively easy to come by, on the assumption you've carried out a thorough evaluation of the business plan, the spending requirements set out in the model and the general financial health of the business.

Understanding the risk and rewards of startup investment

As with other businesses, startups face a multitude of unforeseen risks. Fire damage, technical failure, cyber-crime and the collapse of a major customer are just a few examples of what could be lurking around the corner. There is no way of predicting such events, which is why the initial analysis of the startup opportunity is so important.

Investors are looking for a management team that can respond to challenges, a robust model and momentum to carry the business through difficult periods.

The process of assessing startups before investing is commonly referred to as the 5Ms of investment – Management team, Market opportunity, Business Model, Money and Momentum - and having confidence in all five aspects is key to mitigating as much risk as possible with your investment.

And whilst the risk will always be there - as it is with any investment - the targeted returns from startup investment are very often greater than most other asset classes, providing investors with the potential to realise a very generous level of return.

Real estate investing vs property investing: is there a difference?