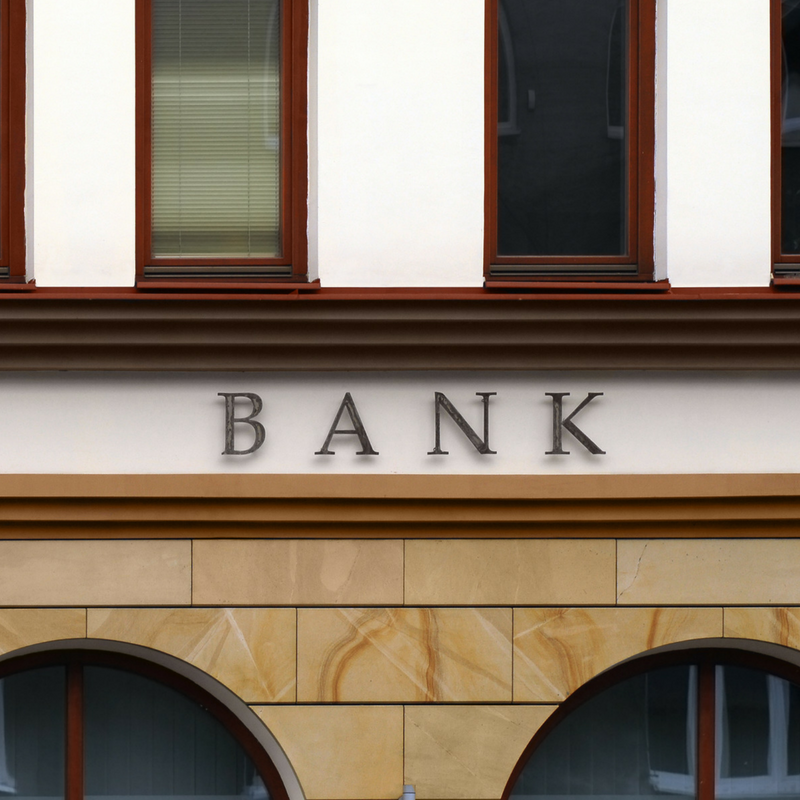 As SMEs value the personal touch in banking, are branches necessary?

Our declining high streets are the subject of a great deal of media coverage and social comment.

In the face of the onward march of online shopping, familiar names are going out of business, or reducing their physical presence, to be replaced by charity shops and businesses that operate in the leisure sector.

But, it’s not only shops who are deserting our town and city centres. Recent years have also witnessed the large scale closure of bank branches.

In the region of 400 bank and building society branches closed in the UK last year, and that came on top of the 1,046 branches that closed in the preceding two years.

But that by no means marked the start of the process. In total, about 3,000 branches shut between 2006 and 2016, according to the Campaign for Community Banking Services. And according to the Federation of Small Businesses (FSB) there were less than 8,000 branches operating in the UK in 2017, and since 1989, 53% of branches in the country have closed.

This is an international phenomenon but that still doesn’t mean it’s a popular one. According to research by the consultants McKinsey, even in the Netherlands, the most advanced country in terms of digitisation, 32% of customers still prefer the branch or an ATM for every banking need.

But, while people might say they value bank branches, they aren’t voting with their feet. Increasingly, according to the industry, customers aren’t making use of the branches available.

Last year, Royal Bank of Scotland said ‘simple’ branch transactions across its RBS and NatWest networks had fallen 43% since 2010, while online and mobile phone banking transactions had increased by more than 400%.

The British Bankers’ Association, reported a 32% drop in branch use in 2015, with branches averaging 71 visits a day. Meanwhile, more than 15 million people a day logged into their accounts online or through a mobile app.

Furthermore, a survey by the consumer group Which? in 2016 indicated that more than half of under 40s would be happy to open a mobile-only bank account.

In the face of all this, it’s no great surprise that the established banks are closing branches wholesale, nor that new banks are being set up with a focus on digitisation.

Atom Bank, for example, which launched in 2016, is the UK’s first bank built exclusively to provide its services through a smartphone app, with no branch network.

It offers business banking, secured loans, retail mortgages and fixed rate saving products. As at March 31 2017, Atom had £538m of deposits from more than 17,900 savers and a loan book of £99m. It had total assets of £649m and raised £113m during the year from Spanish bank BBVA and investment funds Toscafund and Woodford Investment Management.

Like Atom, London-based Monzo is also an app only bank. It has more than 600,000 customers. It offers a current account that includes all normal banking functions. Its key features include a spending tracker and the ability to set spending goals. Overdrafts can be switched on and off within the app.

In its first round of crowdfunding, in March 2016, it raised £1m in 96 seconds, reported to be the fastest crowdfunding campaign ever. In a more recent campaign, the company raised £70m.

Monzo has received permission to operate in the Republic of Ireland and has said it’s looking at other European markets, with a long term ambition to operate in the US. It has raised more than £100m from investors that include tech company Stripe which provides software to enable internet payments.

In its report, ‘Locked Out: the Impact of Bank Branch Closures on Small Businesses’, the FSB says:

Small businesses across the UK continue to rely on bank branches for services where face-to-face interaction is not easily replicated by alternative communication channels such as online or mobile banking. There is also a continuing reliance on payment methods that remain rooted in the operations of both small businesses and local economies.

These concerns are being picked up by some of the new banks. Metro Bank, for example - founded in 2010, as the first new high street bank to launch in the UK in more than 150 years - has nearly 60 branches, located around the South East, and this year is opening 12 new branches, expanding its network further west to Bristol and Cardiff and north to Birmingham and the Midlands.

We recognise how important face-to-face relationships are for SMEs and the crucial role stores play, from transactional services that are fundamental to the day-to-day running of trading businesses, to offering support and expert advice. Not only do all Metro Bank stores have local business managers able to make local lending decisions, but they also host hundreds of free networking events throughout the year and act as a real hub for the local community.

The latest UK challenger, Leeds-based Project B-North, which is currently raising funding prior to a full public launch, will solely serve the SME marketplace and it will do so through local PODs set up in major cities across the UK. Each POD will contain SME and corporate bankers, underwriters with discretion to sanction facilities locally and an in-house valuer. All loan applications will be managed locally and customers will have access to the local teams and resource in Project B-North head office.

Project B-North also plans to work with the more than 1,600 commercial finance brokers operating in the UK.

The potential prize for any bank is huge. The overall SME funding market in the UK is estimated to be worth £115bn. Project B-North’s business plan is targeting a loan book of £2.3bn in seven years, which will represent just 2% of this available market.

For banks seeking to woo SMEs, the challenge is to balance the opportunities and cost savings offered by digitisation with the SME market’s preference for a personalised face-to-face service that branches used to offer.

Budget 2017: what does it mean for SME homebuilders and property investors?

Craig Peterson
Read more about Budget 2017: what does it mean for SME homebuilders and property investors?