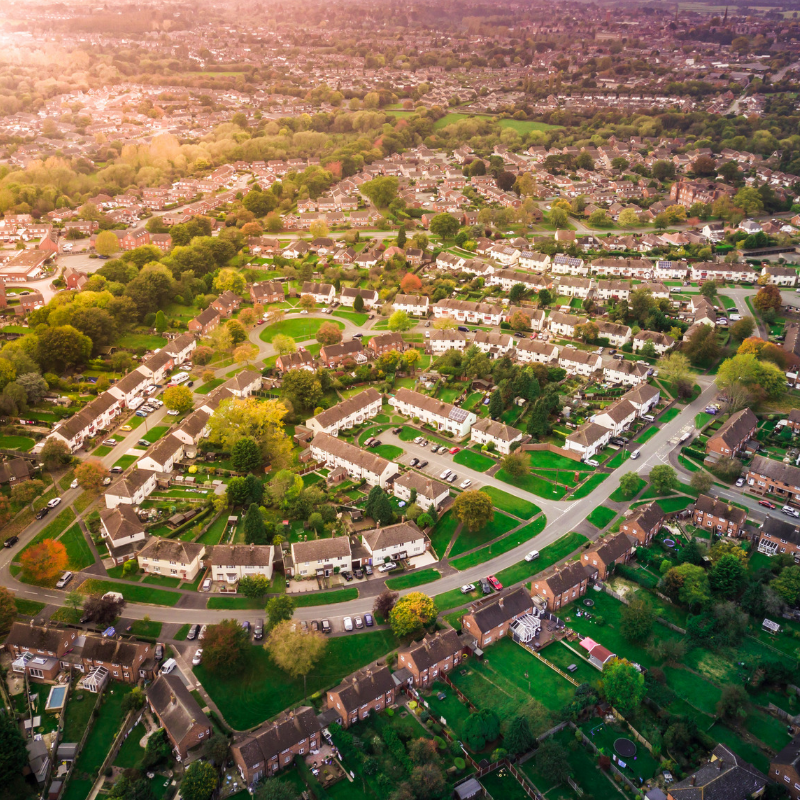 Can anyone make money by investing in property?

If, by this question, we mean ‘do you need to be rich or have expert knowledge or experience to make money in property’, then the answer is no - not necessarily.

There are some ways of investing in the residential property market, which only require modest capital and no specialist knowledge and I’ll go on to outline some of those.

But, if the question is taken to imply ‘is it easy to make money in property, or is it guaranteed’ then the answer is an emphatic no. As is the case with all investments, your capital is always at risk and property can’t be excluded from that.

However, it continues to be an attractive investment.

The Wealth and Assets survey by the Office for National Statistics (ONS) has revealed that 49% of non-retired UK adults chose property as the most sound investment choice for maximising finances, making it consistently the most popular investment option since 2010.

“Since July 2010 and continuing into the latest period of July 2016 to June 2017, the percentage of people identifying property as making the most of their money has been increasing, which may reflect a growing confidence in property prices over this period.”

The proportion of people who still put property as the top investment option has grown by 9% from 40% back in 2010-2012.

This reflects the wisdom of crowds.

Property expert Savills in its autumn 2018 Residential Property Forecasts foresees a total house price growth of 14.8% at a national level over the next five years. Within this there’s likely to be considerable regional variation, with prices in the North West and Yorkshire likely to grow by more than 20% by 2023 and, for the North East, Savills forecasts a 17.6% rise. London can only anticipate a 4.5% price rise over the period.

So, particularly in the North, residential property looks like a good investment opportunity, but is it one that is only available to a fortunate few with the money, experience or connections?

Until recently, buy-to-let was a popular option for people wanting to benefit from property as an investment. By buying a property and then renting it out, they could enjoy an income with the satisfaction of owning an asset that was rising in capital value. It worked as long as the rental income exceeded any financing costs and house prices keep rising – or until the government stepped in.

And this is what happened. The government took fright at the effect buy-to-let’s popularity was having on the housing market, pushing house prices up beyond the reach of younger people who couldn’t afford to get onto the housing ladder. So, the government raised stamp duty restricted tax relief on interest payments and tightened regulation on mortgages.

It looks like these measures have led to a steep fall in those buying investment properties with mortgages. Having said that, there are still returns to be made from buy-to-let in certain parts of the country.

Totally Money has put together a report of postcodes across the UK to reveal average rental yields available in each area. Liverpool is top in terms of yield, with L7 – which covers the city centre, Edge Hill, Fairfield and Kensington – returning an average yield of 11.8%. In Newcastle, for example, another university city, its NE6 postcode, which covers Walker, Byker and Heaton, shows yields of 9.5%. The North generally offers better opportunities for the investor than the South.

Another route for the would-be property investor is buy-to-sell: acquire a property at a good price, improve it and sell it for a profit. This is an age-old and popular way of making money out of residential property, not least because it’s easily understood. However, that doesn’t mean it’s not an easy way to lose money. It presupposes that you have an eye for a bargain and calls for a good knowledge of the local property market. Also that you have relevant renovation skills yourself, or know trusted people who do. If the property market takes a tumble before you can sell on, then you could be left with a capital loss. If you’ve borrowed to buy the property and it takes longer to sell or renovate than anticipated, again you could be in trouble. It looks simple, but it’s probably one of the most demanding ways to invest in property.

And many people prefer some form of indirect investment. This could be as straightforward as buying shares in a publicly listed builder such as Bellway, Barratt or Taylor Wimpey, or by investing in a fund that goes on to invest in the market for you.

Real Estate Investment Trusts (REITs) have been around in the UK for about 10 years and most of the UK’s largest property companies have converted to REITs, including big names such as British Land and Land Securities.

A REIT is a property investment company which can be easily traded on the stock exchange. And to encourage investment in UK real estate, REITs don’t pay corporation or capital gains tax on their property investments. But, to qualify as a REIT, at least 75% of profits must come from property rental, and 75% of the company’s assets must be involved in the property rental business. REITs must also pay out 90% of their rental income to investors.

Buying shares in building companies or REITs is a relatively safe way to invest in residential property, but it’s unlikely to generate the same levels of return that a more direct participation in the market can bring. Nor does it give the same sense of having a direct involvement in a development.

Joint ventures: the right property investment route for you?

But with many investors not wanting to be so involved they’re (almost) laying their bricks themselves, joint venture property investing can be a great middle ground.

Generally facilitated through online platforms on which large numbers of investors invest alongside each other, a joint venture - or JV - is a common way of structuring a property development, as it brings together a mix of different disciplines and expertise, as well as capital.

Giving retail investors the ability to co-invest alongside angel investors, institutions and venture capitalists, each can take an equity stake in a residential property development project by buying shares in a Special Purpose Vehicle (SPV).

A limited company, the money invested into or lent to it can only be used on a specific development. The investor’s exposure is limited to the amount invested, but if the houses sell for more than was projected, the return for investors can go up.

As little as £1,000 can be invested in a single project (with development periods often between 18 and 24 months), giving investors the ability to spread their capital among a number of developments and therefore spread their risk.

So, to return to the question - can anyone make money by investing in property?

The answer is yes. A return on investment is never guaranteed, but there are undoubtedly plenty of opportunities available now for an investor without huge amounts of capital or specialist knowledge to be able to share in the residential property market.

How possible is portfolio diversification with impact investing

8 experts on pitching to investors