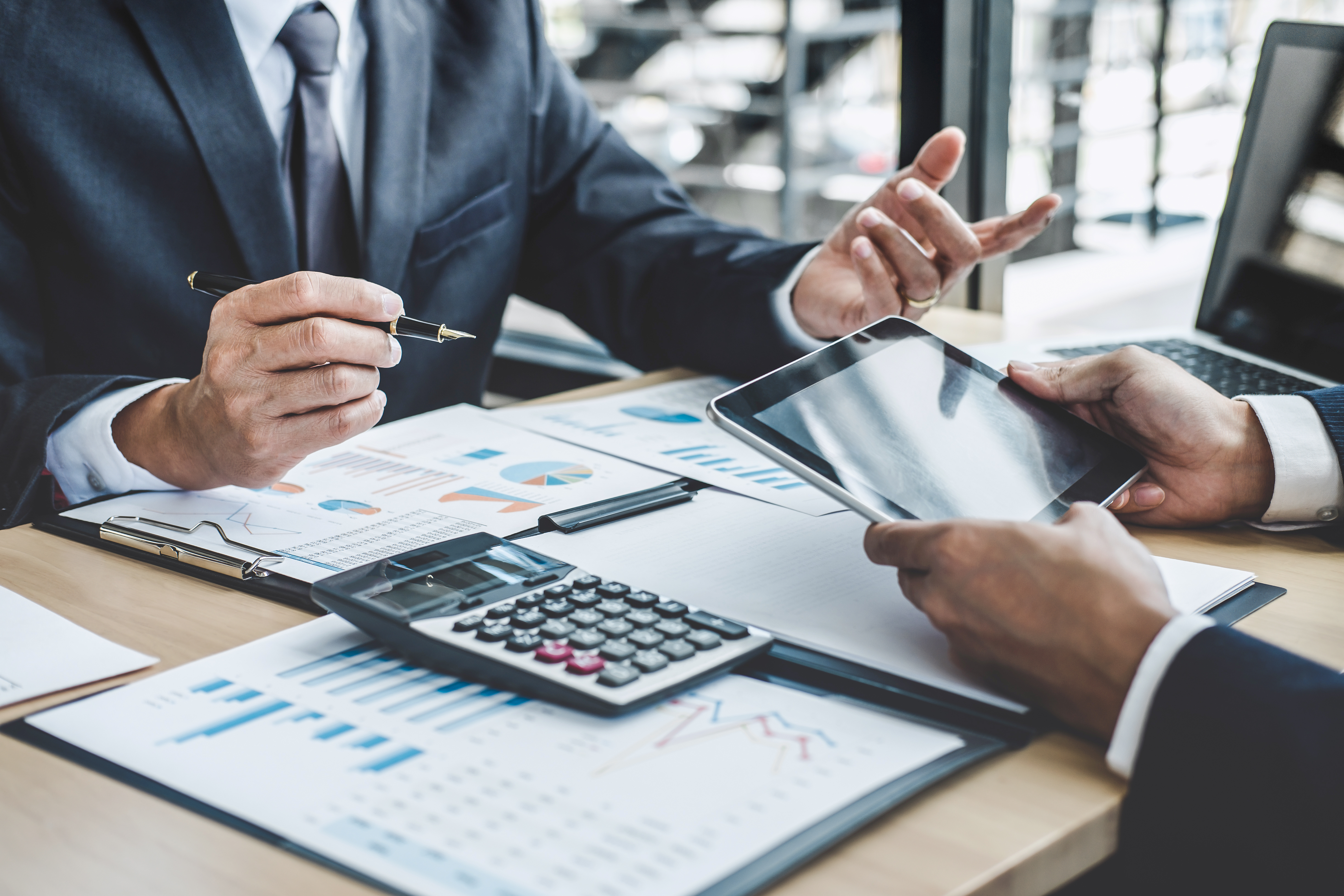 EIS vs VCT: which is right for your investment portfolio?

When looking to invest in the next revolutionary SME, target considerable returns on your investment and contribute to the UK economy simultaneously, investors often come across two primary options - the Enterprise Investment Scheme (EIS) and Venture Capital trusts (VCTs).

In recent years especially, the popularity of both the EIS (Enterprise Investment Scheme) and VCTs (Venture Capital Trusts) have increased notably - with £1.8 billion and £685 million raised in the 2019/20 tax year for each respectively.

Increased taxes and a growing squeeze on pension allowances have been arguably the primary cause for this growth in recent times, with investors now more than ever searching for alternative means to shield their hard earned capital and save for later life.

And whilst both the EIS and VCTs  were introduced with the mutual goal of raising private capital for growing businesses and boosting the UK’s SME landscape, the generous tax incentives and opportunities for diversification they pose for investors make them two of the most popular tools when looking to maximise venture capital.

The history of the EIS & VCTs

First launched in 1994, the EIS was founded with the overall aim of boosting the UK’s already growing SME sector by increasing the productivity of early stage companies and stimulating a new wave of innovation among small to medium sized businesses.

The EIS has been particularly successful in achieving its mission over the course of the last two and a half decades, supporting more than 27,000 companies with over £18bn of investment since the scheme was introduced.

A government backed initiative, the EIS generates venture capital for early stage companies by offering private investors the opportunity to invest in the company in exchange for an equity stake and a host of generous tax advantages (including 30% income tax relief) - benefitting both investor and SME.

Read More: Why 2021 could be the best year for investors to benefit from EIS tax reliefs

The VCT story is similar in many ways. First introduced with the goal of addressing a funding gap between SMEs and lenders whereby SMEs often found their financial needs were not satisfied by business loans, their smaller size equally often meant they went unrecognised by institutional investors. Thus the potential for growth was limited.

To combat this, the government introduced VCTs in 1995, which meant a listed company (VCT) could effectively pool together money from a group of private investors and itself buy stakes in a selection of qualifying, underlying, often early stage UK SMEs (making up a minimum of 80% of their portfolio). Should the portfolio companies perform well, the VCT’s share price would increase and in turn investors would benefit from generous returns and a diversified investment.

Since their introduction little over 25 years ago, VCTs have also gone a long way to stimulating the SME economy, with over £8.1 billion being invested into the trusts in this period.

Though both EIS and VCT have seen significant growth in funding over the years, and have had undoubtable impacts on the economic dynamism and growth of UK SMEs, their tax efficient investing benefits have also been realised by investors over the past few years more than ever before.

Growing pressures on pension allowances witnessed over recent years in the UK have meant those saving for retirement have gradually had their maximum contribution cut. Only 10 years ago it was possible to invest or save £255,000 into a pension each year. Today the figure lies at £40,000 -  and just £10,000 for higher earners.

In turn, these cuts have led investors towards the EIS and VCTs, both of which have little or no correlation with major markets and allow maximum annual investments of up to £2,000,000 and £200,000 respectively.

Providing investors with a welcome opportunity for portfolio diversification into high-growth startups, alongside a host of generous tax advantages, the EIS and VCTs can serve as potentially profitable additions to those keen to supplement their diminishing pension scheme (although are liable to the higher level of risk associated with investing in early stage companies).

The key differences between the EIS & VCTs

From their shared overall mission to stimulate the UK SME sector to their similar focuses on tax advantages as a means of encouraging investments, VCTs and the EIS share a host of close similarities which can make them both an attractive option for tax-efficient investors - but there are a host of key differences that set the two venture capital investments apart

VCTs are listed funds whose investments often spread across anywhere between 30 and 70 companies and so their shares can be particularly prone to market volatility. On the other hand, EIS investments are made into individual companies directly by the investor, consequently meaning investment performance is dictated entirely by performance of the single company itself.

These differences in the distribution of funds can make VCTs arguably less risky than individual EIS investments, but equally less profitable should an individual company in a VCT perform particularly well.

Not only could this mean that investing via VCTs could be less directly lucrative than EIS and fluctuate more regularly, but also that the potentially higher risk associated with investing via EIS  could be mitigated should an investor invest across multiple EIS-eligible companies directly, spreading risk to ensure a sufficiently diversified portfolio.

Another crucial difference when posing the debate of EIS vs VCT is the holding period each investment requires before an investor qualifies for all tax reliefs.

Naturally VCTs are presumed to be more liquid due to their existence as a holding company which floats on the stock market (unlike EIS which relies on a company exiting, often through a sale or IPO) but in fact an investor must hold their VCT shares for at least five years before benefitting from their its tax reliefs, unlike the EIS's lower minimum holding period of at least three years.

Where this may not seem a significant difference to some, additionally, when the five years have passed of an investor’s VCT buy-in, the secondary trading market for VCT shares is notoriously inactive, meaning that it may not be especially easy to sell them.

Equally the exit date of an EIS investment may not always be very predictable, with the sale of a company being directly associated with its performance over time. And where most EIS opportunities will offer a predicted exit (often over a range of years) this cannot be guaranteed and is one of the notable risks that come with EIS investments.

Minimum holding time is just one of the factors that differentiate the tax advantages offered by the EIS and VCTs and there are a host of other contrasting tax reliefs offered by the two.

EIS vs VCT - which is best suited to your portfolio?

While the EIS and VCTs do differ in many ways, it’s clear that each venture capital option offers a host of powerful tax reliefs and investment opportunities suited to fulfilling differing portfolio requirements and tax efficient investment strategies.

Where VCTs may attract investors looking for supplementary “top-up” income paid gradually - such as over the course of their retirement - the EIS may suit investors requiring potentially more substantial money-on-money returns paid in less regular intervals (although it is useful to note that VCTs can be significantly lucrative for capital growth also).

This is due to VCT returns typically being paid in the form of regular dividends, which are usually more frequent and gradual in nature due to the spread of investment over multiple companies.

In contrast to this is the EIS which - due to returns being paid at exit - means investors only receive a single payment that may materialise after several years but has the potential to be significantly higher in growth.

In addition, whilst both investment options’ generous tax advantages make them especially  suitable for high net worth investors and investors looking to supplement their pension, the EIS’s extra tax reliefs not offered with VCTs (including loss relief and 0% inheritance tax after two years) give the scheme an inherent advantage from a tax efficient perspective for investors looking to maximise the potential of their capital.

All in all, whether you’re looking to invest across a broad range of companies and supplement your income with gradual returns, or your strategy is more aligned with manually investing across hand-picked companies and generating potentially higher returns, both the EIS and VCTs are effective tax efficient tools that have the ability to significantly bolster your investment portfolio.

How to claim EIS tax relief

Admin
Read more about How to claim EIS tax relief

Income tax relief and the EIS: what you need to know as an investor

Lauren Miller
Read more about Income tax relief and the EIS: what you need to know as an investor
More Insights