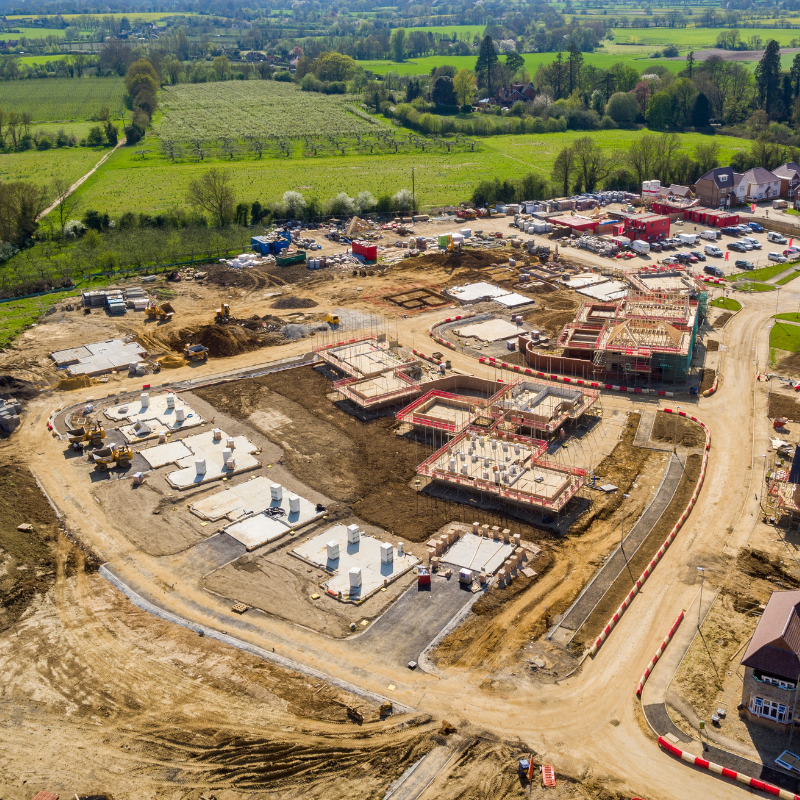 How to get into property investing with no experience

It is almost universally agreed that as a nation we are not, and have not been, building enough houses and the result is an acute shortage. According to the economist Liam Halligan, writing in the Sunday Telegraph, over the past 30 years we have built about three million fewer homes than we need.

In the Barker Review of 2004, Kate Barker warned that at least 245,000 needed to be built in England every year to avoid a housing crisis. However in the 10 years after that, following the financial crisis, only 115,000 a year had been built. An update of the review 10 years later said:

“There can be no doubt that the housing crisis facing the country in 2014 is far greater than that discussed by Barker in 2004.’’

Things have improved. The number of new homes registered to be built in the UK in 2015 topped 156,000, which represented an eight-year high and a 7% year-on-year increase in NHBC new home registrations.

However, this is still not enough to meet demand and, when supply can’t satisfy demand, prices must inevitably rise. Sure enough, in its recent report, Savils forecasts a UK average compound growth in house prices of just over 14% over the next five years.

While this might be a headache for government, it represents a golden opportunity for people with money to invest. However, what about the smaller investor or the investor with no experience in housing or building? How can they get a piece of the action?

The variety of property investing opportunities

It is, of course, possible to buy publicly quoted shares in a major housebuilding company, but this does not have the potential to bring the kind of returns that are available through a more direct involvement.

People are attracted to the property market because it seems easy to understand: you buy a plot of land, build a house on it, sell it and make a profit. Or you buy an old house, renovate it and sell it for more than you bought it and spent on it.

In fact, it’s more complicated than that and many novices have got their fingers burnt in the property market.

First, you need a decent amount of capital – or to borrow it - and you need to be able to tie it up for some time while it’s not earning you any return. Meanwhile, you’ll be faced with plenty of ongoing costs. Apart from wages and financing costs, these could include:

Apart from that, you need a thorough knowledge of the market, to be sure you’re building the kind of homes people want to live in, in a place where they want to live and at a price they are willing to pay. This is the kind of knowledge it can take a lifetime to acquire.

Fortunately, technology and the internet have enabled the development of new ways for people without experience and only modest capital to share in the returns of the property market.

A major reason behind our national failure to build enough homes has been the decline in the numbers of small and medium sized builders, many of whom were wiped out by the 2008 financial crash. As Liam Halligan points out, when the UK was last building 240,000 homes a year in the mid-1980s about two thirds were supplied by these and they developed plots quickly to aid cash flow.

In the wake of the crash, those independents who have survived, or who are trying to re-enter the market, have been struggling to source funding from traditional channels such as the banks.

This is where the internet has stepped in, with the growth in alternative ways of property investing via online platforms. These allow large numbers of investors to invest alongside each other, either through peer-to-peer lending or crowdfunding and a refinement of crowdfunding – co-investment.

Development projects are commonly done through a Joint Venture Agreement (JVA), a temporary legal contract which sets up a partnership between builders, finance houses and developers. The JVA creates an SPV as a temporary subsidiary company in which the investors buy shares. It’s a limited company and the money invested into or lent to it can only be used on a specific development.

The risks are reduced, as with any limited company, as an investor’s exposure is limited to the amount invested, but there’s still the potential for good returns. If the houses sell for more than was projected, then the return for investors could be higher than forecast, because the amount returned to investors is a percentage of the profit achieved equal to the proportion of equity held. If an investor holds a quarter of the shares in the SPV, they will be entitled to a quarter of the profit.

As little as £1,000 can be invested in a single project, allowing the investors to spread their capital among a number of developments and so mitigate their risk. There’s also the security of investing in an asset and, even if property prices were to fall, there’s still the option of renting out the homes until the market recovers. The time frames for a return – typically 18 months to two years – are short relative to the possible returns, too.

These vehicles and platforms provide the ordinary investor with a way of being able to share in the benefits of the property market. Even if they lack any specialist knowledge or experience, they have the comfort of knowing that they are investing alongside property experts, who have done the research and do know the market.

On top of all that, they also have the satisfaction being part the creation of a useful, valuable asset and of knowing that they are doing something to address an urgent problem by helping people get on the housing ladder.

It’s important to understand that there aren’t any guarantees with investing, and that covers property investing. Experienced investors are aware of the risks and do what they can to mitigate them through their due diligence.

If you’re inexperienced in a certain area, this doesn’t mean you can become involved and succeed. What it does mean is that you need to take your time, understand the asset you’re investing into and feel as confident as you can that you’re making an investment into property in a way that will positively impact your portfolio.

We all have to start somewhere, but joint venture investing can be a great way to begin as you can benefit from the knowledge, skills and experience of other established parties in the industry.

With buy-to-let tax reliefs going, what are your property investor options?

Dan Smith
Read more about With buy-to-let tax reliefs going, what are your property investor options?

Is joint venture investing the best way to get into property investing?

Craig Peterson
Read more about Is joint venture investing the best way to get into property investing?
More Insights