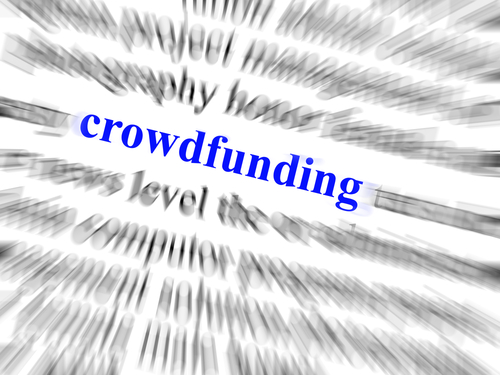 The definition of Crowdfunding... what is it?

What is crowdfunding all about?

We are often asked about crowdfunding – the concept, the background and the differences between the different types so here is our brief guide...

Although it harnesses the modern day tools of social media and the Internet, crowdfunding is not a new concept.

The precept of the model can be traced back to the 1700s and Jonathan Swift (he of ‘Gulliver’s Travels fame) who was one of the early progenitors of micro-credit in the form of the Irish Loan Fund which he helped to launch.

Our modern day inception of crowdfunding is often acknowledged as being the 1997 funding of Marillion’s (a British rock band) US tour through collective, co-ordinated fund raising by fans.

Crowdfunding can, as you see, operate on different levels to deliver different results.  We are primarily interested in the generation of finance for business in order for projects or ideas to reach fruition and fulfil their potential.

As such, we would advocate these fundamental concepts within the crowdfunding arena, each of which fulfils a need, each built on the same foundations and concepts but with slightly divergent delivery mechanisms.

Terminology used often differs but, in essence, the different models can be distilled into the models listed above.  The following section examines the underlying concepts of each:

For entrepreneurs or entities that are motivated to generate finance for a project or cause which is ethically or morally driven, will deliver a positive impact or change in the world.

Investors don’t receive any financial return on their investment (or donation) but benefit from involvement in a positive, beneficial project and all that that delivers.  A satisfaction-based model of crowdfunding.

Does what it says on the tin!  In exchange for your investment, you will receive a pre-determined reward or ‘perk’.  Investors in this type of model don’t receive any financial return but some other form of recognition or ‘reward’.

This could take the form of a promotional item, gift or other.  With rewards based models, the relationship between the person or entity raising funds and those who have invested tends to cease to exist once the reward has been delivered, although this isn’t set in stone and some models vary.

Another ‘version’ of rewards-based crowdfunding is ‘pre-order crowdfunding’ where pledges are made in advance of availability.

Money is raised on the back of a concept and the money given is, in effect, payment in advance.  Another model which does not yield any financial return on investment or involvement other than the product itself.

We tend to refer to this as crowdlending or peer to peer (P2P) lending.  This is a crowdfunding model where the crowd is asked for a stated amount of money which is then secured from a number of different sources via either a fixed-rate or dynamic bidding platform resulting in a pre-agreed aggregated rate at the close of negotiations.

This is one of the two crowdfunding models which generates a financial return on investment for those from the crowd that participate and is based on the premise that by removing traditional lenders from the model, lower rates, or better overall terms, are accessible to those seeking funds and higher rates of return are delivered to the lenders than would otherwise be gained via traditional savings accounts.

However, it should also be noted that from a lender’s perspective, this is an investment and does come with a level of associated risk i.e. that the borrower proves unable to repay the loan and that therefore, the risk profile is different to having money on deposit in a savings account.

This model allows the crowd to invest in businesses in exchange for equity.  The model facilitates the acquisition of shares in a privately held business (i.e. one which has not yet undergone flotation on the stock exchange) by an investor.

Via this model, a business offers a certain proportion of its equity in exchange for a stated amount of capital.  As such, investors have the potential to receive a return on their investment dependent upon success levels over time.

This is a growing area of crowdfunding and is now generally recognised as being a viable option for a variety of growth businesses (start-ups, early stage, established et al.) to access an alternative source of capital.

Indeed, recent forecasts (see our blog ‘Crowdfunding set to explode in 2013’) estimate that crowdfunding transactions (all types) will reach a level of up to £300 billion this year!

What is the most appropriate approach for your business or project?

As you can see, there’s a whole world of choice out there for you to select from.  There is, in one form or another, a crowdfunding solution for everyone.

One of the key (and therefore initial) factors in making your selection is by deciding what you want to achieve via your campaign and which platform is most likely to help you to succeed in that objective.

Crowdfunding - the next big thing?

Craig Peterson
Read more about Crowdfunding - the next big thing?

The Future of Crowdfunding