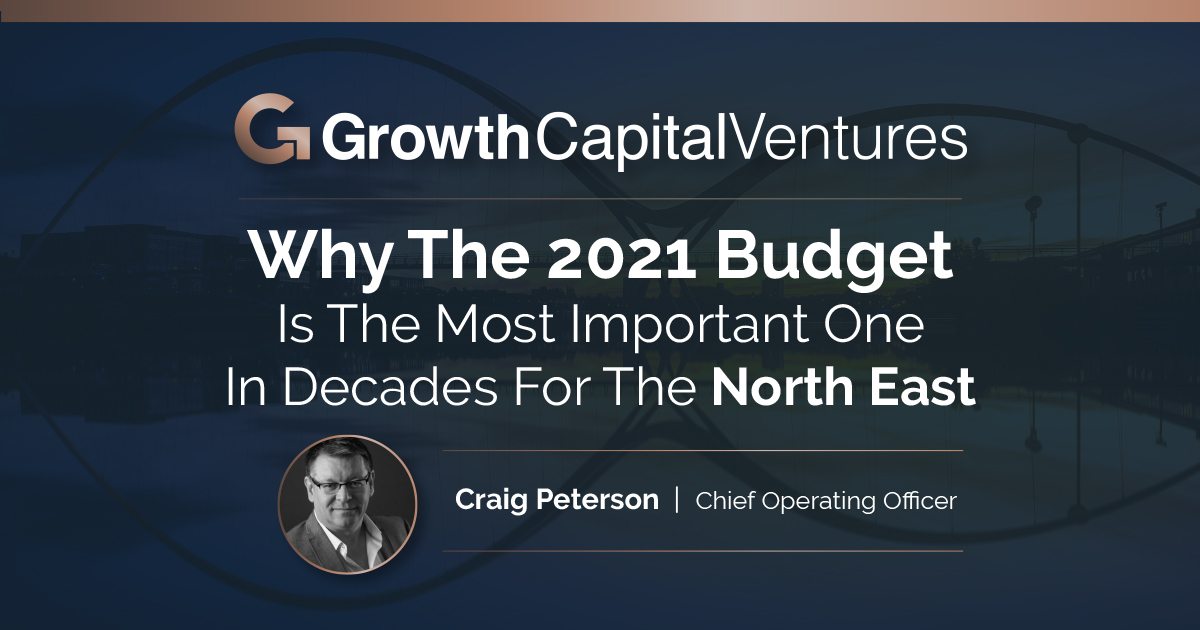 The Budget is always a focal point for anyone working in financial services. Speculation is rife beforehand that taxes may rise or fall, tax reliefs introduced or taken away, and that there’ll be some measure of economic austerity that would impact a large portion of the population.

But on that front, this week’s Budget could have been considerably more eventful.

Yes, the Income Tax threshold has risen by just £70 and is frozen there for the next five years.

Yes, Capital Gains and Inheritance Tax thresholds have been frozen for the next five years, too. It’s the same for the annual pension allowance as well – frozen for five years.

In fact there was only one notable tax rise in Corporation Tax, with the rate moving to 25% from 19% for companies whose profits exceed £50,000. This is clearly not going to be palatable by everyone, but after facing the most economically-damaging year since World War II, some level of tax increases were always on the cards. There’s a need for those who can to help the country thrive once again and I have little issue on a personal level with the announcements.

I appreciate my position at GCV potentially gives me a different view to others, as tax increases and such show the importance of intelligent tax planning; of making the best use of the available tax reliefs that are currently available.

In fact, the lack of tax increases can bolster the need for this as much as actual tax increases – if income tax remains at the same level for the next five years, when accounting for the rate of inflation, individuals could find themselves worse off in real money terms.

These two schemes are often the cornerstone of intelligent tax planning. Aimed at supporting the next generation of high growth businesses, they have some of the most generous tax reliefs available to investors. With gains from both schemes exempt from Income, Capital Gains and Inheritance taxes, that’s only the start. Tax reliefs across both Income and Capital Gains Tax are immediately accessible to investors.

The UK government has long understood the importance of encouraging investment into early stage companies and the Covid-19 pandemic hasn’t adjusted their trajectory. We produce some of the most exciting and innovative companies in the world here in the UK. We have to harness the immense skill set we have on this small island of ours and continue to drive innovation, arguably more so than ever before. Giving private investors the incentives to support this has to remain one of our highest priorities.

And this is just looking at intelligent tax planning from a GCV perspective. When you consider the opportunities that exist for experienced investors at CARLTON Bonds, access to generous, tax-free target returns within the ISA wrapper – in addition to pension contributions via your SIPP or SSAS – the options remain strong in how to combat tax rises or stagnation across Income, Corporation and Inheritance taxes.

But whilst the tax element of the Budget is undoubtedly the most appealing to the majority, there was something else in this week’s that was one of the most important announcements – on a personal level as well as a professional one – made in any Budget.

The North East – and in particular Teesside and the wider Tees Valley – has been given the recognition it so rightly deserves on a national, international and global scale.

Our roots as a region are firmly planted in steelmaking, ship building and mining. As the need for those industries declined, we became a powerhouse for chemical production. Manufacturing. Heavy industry. These are all industries that dominate the region’s heritage story – but they’re all industries that require us to reflect. We’re so accustomed to looking back to how good we once were that it can hamper our progress moving forward.

It isn’t for a lack of talent or skill either. Or too few organisations setting trails ablaze. In almost every part of the Tees Valley you’ll find organisations doing work that sits alongside anything you’ll find in Manchester or London; New York or San Francisco.

Whether the lack of recognition is because we haven’t shouted about ourselves loud enough or we have but no one has listened is a separate discussion – but one that we don’t need to have right now, as the spotlight is firmly on Teesside.

A significant part of the government’s Treasury department is coming to Darlington. That’s 750 civil service jobs directly in the department, without accounting for the immense ripple effect such a momentous change will have.

Coffee shops will be busier for daytime trade. Restaurants will take over come evening with increased bookings. Retail units will have increased football. Hotels will have higher occupancy rates as greater numbers of people travel from London to Darlington for work than vice versa.

And then there’s the impact on the housing sector. When there’s an influx of opportunity from a career perspective, the already high demand for homes in the region increases as more people relocate, but also as people change and progress through their career and they look for a newer, better home. I saw it first hand when I worked at Bryant Homes in the late 90s and I’m seeing it now with our portfolio company Homes by Carlton.

We’re already witnessing immense demand for our homes in Middleton St George, but with the Treasury jobs coming to Darlington – and our development being just five miles from Darlington Train Station and less than two miles from Teesside Airport – that demand is only going to increase.

What we have to remember is these expectations – increased interest in retail, hospitality and homebuying – is based off of the Treasury jobs coming to Darlington. Now imagine how things will be when we add the Teesside Freeport into the mix.

One of only eight new Freeports throughout the country, these are so highly sought after because of the immense benefit to organisations. Goods that enter and stay within the confines of the Freeport – which can cover an area of over 25 miles – are exempt from the normal taxes paid to the government. This alone can be a draw for organisations, but when you add the additional incentives the Chancellor announced, including temporary tax breaks, it’s understandable why it’s being applauded.

The number of jobs the Freeport could produce is vast – and once again, the ripple effect on local businesses, supply chains, hospitality and housing will be very clearly seen. Our homes at Thorpe Thewles and Redmarshall are ideally placed to access a number of the sites within the Freeport boundary and I’m confident the demand for a rich housing mix across across the spectrum – the right homes, in the right locations, available in the right way – will continue to increase strongly, providing a number of very interesting opportunities for property investors.

It feels appropriate to mention the positive news announced to support homebuyers here, but I don’t feel it needs me to highlight the positives any more than you can get from the headlines – the extension of the stamp duty holiday, the rise of the nil rate band once it finishes and the support being offered to lenders to increase the availability of 95% mortgages is nothing short of superb. We are very quickly moving from generation rent to generation buy.

I don’t have a crystal ball, but if I did and was looking towards what this week’s Budget could have brought in an ideal scenario, the reality of what was announced won’t have been vastly different from what we could have hoped. This Budget has been arguably one of the most important for the region in decades.

I’ve lived and worked in or very close to Tees Valley my entire life. All of the businesses myself and Norm have setup have been based here and I’ll stand my ground with confidence if anyone says there’s a better base anywhere in the country. Comparable? Maybe. Better? I’ve yet to see it.

The interest in Tees Valley from those outside the region – and particularly the UK government – is long overdue, but as with shipbuilding and steelmaking, we no longer need to look back. I’m beyond excited at what the coming years have in store for the region and I’m delighted we can all be part of it as the region blossoms once more.

Investing for growth or impact? Invest for both

Lauren Miller
Read more about Investing for growth or impact? Invest for both
More Insights