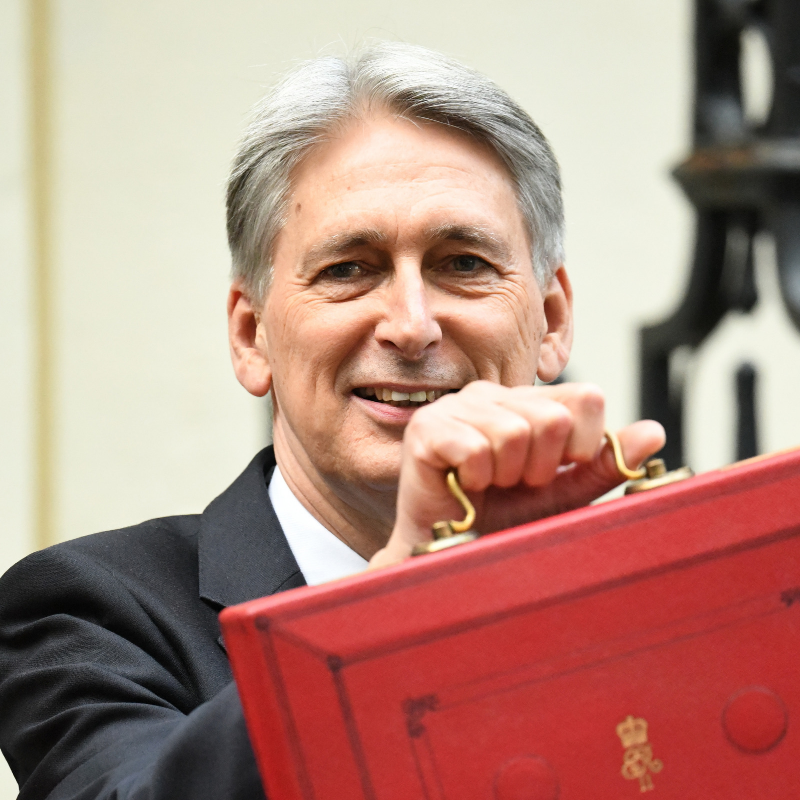 Always a key time of the year for the economy, the annual Budget took place yesterday and as ever, it included some particularly interesting points for discussion for the country as a whole.

We saw more money set aside for the NHS, greater budgets for schools and key investment into road infrastructures, with the effects of these clearly set to have a positive effect on most within the country.

But looking specifically at the business world, there were several pieces of welcome news for investors and entrepreneurs alike.

For small retailers with a rateable value of £51,000 or less, it was announced that their business rates would be cut by a third for a two year period from April 2019.

It’s anticipated this reduction will save such retailers in the region of £900m over the course of the 24 months, and when brought together with a number of other measures to revitalise the UK’s high streets, will reach a collective £1.5 billion.

The potential for £200 million to support VC funds

Whilst conversations are on-going, it was announced yesterday that if no relationship is in place once the UK leaves the EU next March, up to £200 million of investment will be provided to the British Business Bank.

The reason this is such a positive announcement is the European Investment Funds have supported up to 40% of Venture Capital funds throughout the UK. Without this funding, there could be a significant impact on the country’s VC funds.

The Annual Investment Allowance is a tax relief that allows businesses to deduct 100% of the cost of qualifying, capital purchases. Generally speaking this is most ‘plant and machinery’ items that your business needs to operate effectively.

The current limit to the amount claimed is £200,000, which is almost 10x what it was in 2012. However, in yesterday’s Budget it was announced the limited would increase five-fold to £1 million per year for the next two years.

Giving companies the ability to invest more into their business, this alone should provide some much needed financial support for SMEs to allow them to grow and expand considerably.

With calls before the Budget for Entrepreneurs’ Relief to be scrapped, it surprised many that the Chancellor decided to keep it, although with some notable adjustments.

A tax relief that essentially allows entrepreneurs selling a business to pay capital gains tax at a reduced rate of 10% (as opposed to the standard 20%), the most obvious change is in relation to the qualifying period, which has increased from one year to two.

Whilst there have been additional changes (to qualify, you must now have owned 5% of net profits, distributable profits and net assets of a company, for example), it’s not expected to have a huge impact - in fact, some suggest 95% of entrepreneurs claiming, or planning to claim, the relief will be entirely unaffected.

For a business with a wage bill of over £3 million, the levy is set at 0.5% of their annual wage bill. For businesses under this threshold, the fee is 10% of the cost of training an apprentice (unless they employ under 50 people and hire apprentices under 19 years old - for these businesses, no levy is due).

As part of the Budget, it was announced that those businesses who pay the 10% will see the percentage dropped to just 5%, further encouraging the support of apprenticeships by SMEs.

There has been much talk in recent times about a tax on digital companies (or companies whose primary offering takes place online). With speculation around who would be included - and worry that for individual entrepreneurs and smaller companies, such an additional tax could be extremely detrimental - it was pleasing to hear the Chancellor outline the plans which clearly excludes SMEs.

Targeted at digital companies with revenue in excess of £500 million per annum, whilst the Chancellor didn’t specifically detail any companies focused on, such a figure would cover the likes of Amazon, Google and Facebook, all of whom have been criticised for the lack of tax they pay in the UK.

No change to the VAT threshold

As with the Digital Services Tax, there have been talks lately of the VAT threshold being decreased, which would require more entrepreneurs and SMEs to charge VAT on qualifying products and services.

However, the VAT threshold has remained entirely unchanged and individuals and businesses still don’t have to register for VAT until they reach an annual revenue amount of £83,000.

The announcement most look out for within the Budget, yesterday saw the Chancellor increase the personal allowance threshold for income tax from £11,850 to £12,500 from April 2019. This means no one in the UK will pay tax on any income below £12,500.

Always a welcomed announcement, with more available finances comes the ability to spend more, save more and/or invest more - and this could essentially equate to an extra £5,000 in available investments for every 10 higher rate investors.

In last year’s autumn Budget, it was announced there would be greater focus under the banner of the Enterprise Investment Scheme (EIS) for knowledge intensive businesses. The overarching focus was to give support to those companies who will be developing Intellectual Property (IP) that is anticipated to be their primary source of business within 10 years from the time the investment is received.

A positive announcement, it was therefore pleasing to see the plan for EIS funds for knowledge intensive businesses to be launched in 2020.

With investors set to benefit from similar, generous tax reliefs available by directly investing into EIS eligible opportunities at present, the funds will be very closely monitored to ensure continued compliance and success - including by requiring that 80% of the total fund must be invested into knowledge intensive businesses, and at least 50% of the fund has to be allocated within year one.

Positive news for investors and entrepreneurs

This year’s autumn Budget saw a number of interesting announcements made and for the most part for investors and entrepreneurs, it was particularly positive news.

As we’ve talked about previously, SMEs are the backbone of the UK economy. It’s vitally important we support them so they can grow, thrive and flourish. But investors need to be encouraged to do so, and so with the announcements in yesterday’s Budget, it's ultimately pleasing that the Chancellor appears to understand the importance of backing the next generation of British businesses.

Impact investing: how its scope and definition has changed

Craig Peterson
Read more about Impact investing: how its scope and definition has changed