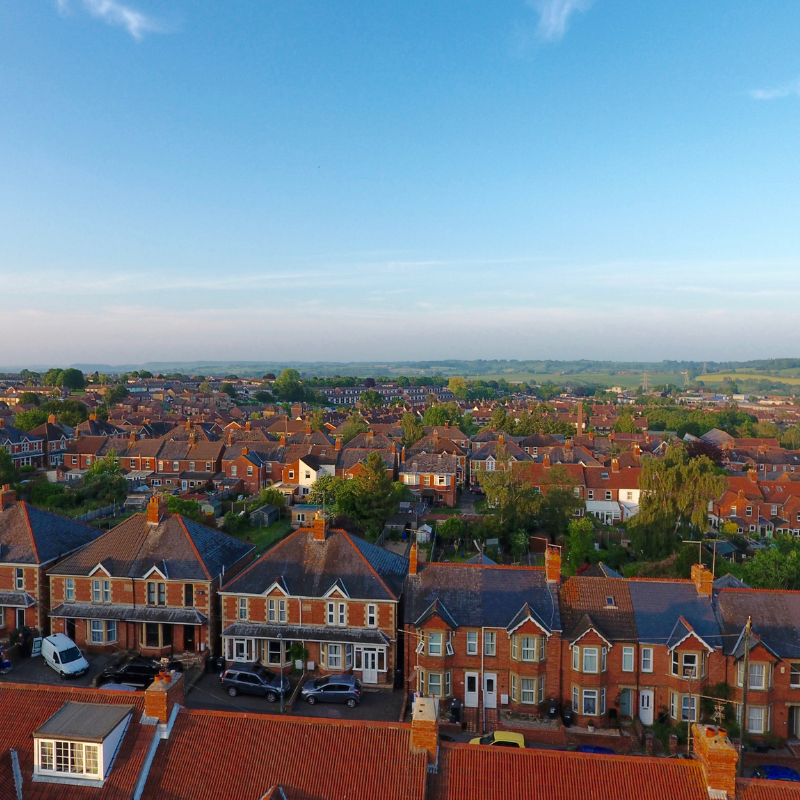 Is it possible for new investors to make money from property?

As one of the UK's most favourable asset classes, most investors have, at the very least, looked to incorporate property into their portfolio.

But given how expansive the property market is, it leads many to believe it's a restricted asset class; one that's only possible for experienced investors to get involved in.

Simply put, this isn't true and theoretically, every investor can target financial returns from property.

However, it can be best to look at this question from another angle - why shouldn’t new investors be able to make money from property?

With various points to consider, there are two that stand out, and I’ll take each in turn.

With many investments, it can be a case of the early bird catching the worm. The savvy investors spot an opportunity before anybody else and put money into it, others follow, the price rises and then more people pile in, driving valuations even higher.

There comes a point where prices no longer represent the true value of the asset and they fall back and, in the case of a classic bubble, maybe even back to somewhere near where they started.

In this kind of scenario, the early investor stands to make a lot of money, whereas the late comer has missed out on the big gains and might even make a loss. As such, with this kind of investment, the new investor is less likely to make money.

We saw this happen towards the end of 2017 when the price of Bitcoin and many other cryptocurrencies rocketed. Those who bought several years earlier - and in some instances, just several months earlier - earlier stood to realise huge gains, with many investors jumping on the bandwagon.

But the cryptocurrency bubble burst and unless you invested early on, chances are you stood to make a loss.

Property, however, is not that kind of asset. It’s not a new technology or a fashionable consumer item. It’s the basis for fundamental human needs. There’s only a limited amount of land on this planet and they’re not making any more, so as long as the world’s population keeps growing, real estate will be in demand. People will always need somewhere to live.

Of course, that’s not to say that property prices never fall. In the UK over the past few decades, there have been periods of stagnation and even of slump, along with periods of accelerated price rises, but the overall trend has unmistakeably been upwards. The Department of Communities and Local Government records that the average UK house price in 1969 was £4,640 and by 2007 this had risen to £223,405.

The basic laws of supply and demand suggest this trend is likely to continue.

The economist and commentator Liam Halligan, writing in the Sunday Telegraph, has pointed out that over the past 30 years the UK has built about three million fewer homes than it needs.

In the Barker Review of 2004, it was stated that at least 245,000 needed to be built in England every year to avoid a housing crisis. However, in the 10 years after that, following the financial crisis, only 115,000 a year had been built.

An update of the review 10 years later said:

“There can be no doubt that the housing crisis facing the country in 2014 is far greater than that discussed by Barker in 2004.’’

This shortage has to create an upward pressure on prices. In leading international property agent Savills' autumn 2018 Residential Property Forecasts, an overall UK house price growth of 14.8% over the next five years is predicted. The North is likely to see a higher rate of growth, with prices in the North West and Yorkshire likely to grow by more than 20% and in the North East by 17.6%.

So, there’s plenty of room in the housing market yet for prices to continue growing in the medium and longer term and there’s no reason for the new investor to fear that they have missed the boat.

2. There are opportunities for everyone

But, is there a second reason why new investors are unlikely to make money from property? After all, like any other market or sector, it has its own characteristics and some assets within the sector represent better value for money than others.

To take that Savills report for example, if you were to buy a house in the North West, you could expect to see its value to grow by 21.6% compound over the next five years. But, if you buy in London, you’d only target a return of 4.5% over the same period. And what's more, in 2019 in the capital you’ll see a 2% fall, without any recovery predicted until 2021.

One could, therefore, frame an argument that the new investor is less likely to make money from property because they will lack the experience and specialist knowledge required.

That’s probably always going to be the case with the traditional ways of making money from residential property: buying land and building a house from scratch or buying a house and improving it for resale. In both cases you need a knowledge of the local housing market and values. What kinds of houses are selling well and in which areas? Are you buying in an up and coming area or one that is about to go into decline?

Apart from that, you need to have the various practical skills – construction, electrical, plumbing, decorating and architecture – or, more likely, know reliable people who do. You’ll also need to be a competent project manager to co-ordinate all these activities to ensure that the project, which you’ll be funding, comes together on time and on budget.

Up until recently a less demanding and highly popular alternative was buy-to-let, whereby you buy a property and let it out in return for a regular rental income. This was at its height in the 1990s, a time of soaring property values and low interest rates.

Believing that buy-to-let was leading to distortions in the housing market, the government introduced a stamp duty hike, restricted tax relief on interest payments and introduced tighter regulation on mortgages.

This worked in dampening the market and Savills points out that mortgaged buy-to-let market purchases have fallen by 43%. However, there are still opportunities, particularly in the northern cities, where the ability to achieve higher income yields continues to underpin investment demand from both institutional and private investors. But again, this calls for the kind of expertise and knowledge that the new investor may well lack.

Arguably easier is buying shares in a housebuilding company, investing in a property fund or in a Real Estate Investment Trust (REIT), with many of the UK’s largest property companies have converted to REITs. These options are readily available to the new investor, but they don’t tend to bring the kinds of returns that are available through more direct forms of investing in the housing market.

However, the development of the internet and online technology has opened up more ways for the new investor to take part in the residential property market, which provide a more direct route for involvement. Online platforms have been developed that allow many people to invest together through crowdfunding. Now investors seeking a decent return on their cash can come together with developers and builders looking for funding.

Investing alongside professional investors, builders and developers, these platforms are now being used to fund property developments through Joint Venture Agreements (JVAs), a temporary, formal partnership of builders, finance houses and developers. A Special Purpose Vehicle (SPV) is created under the JVA, as a limited company in which the investors buy shares, and the money they invest can only be used on a specific development.

If the homes sell for more than forecast, your return will be higher, as the cash returned to an investor as a percentage of the profit achieved equals the proportion of equity they hold. Potential losses are limited to the amount invested, too.

You’ll have the reassurance of investing alongside experts and the security of having an asset-backed investment. The time frames for a return are typically 18 months to two years and as little as £1,000 can be invested in a single project, allowing you to spread your capital among a number of developments and so mitigate risk.

New investors are excluded from the property market neither by the market having peaked, nor by the need for specialist experience or expertise. There are now vehicles which allow the new investor to take part in the market for a relatively modest outlay.

Looking back to the original question then, the question around whether new investors can make money from property can be a resounding yes.

As with all investments, there are no guarantees and there's undoubtedly a lot to take into account - every investor must complete their in-depth due diligence to ensure the investment is most suited to them - but there should be no concerns around whether new investors can target the same returns from property investments that their more experienced counterparts can.

How to make money investing in residential property development projects

Are tax efficient investing and portfolio diversification a perfect match?