After what has been a remarkable past few years of progress for GCV portfolio company Atom Bank, it was fantastic to hear their announcement of two major milestones being achieved earlier last month - delivering £3 billion in mortgage lending and the notable point of achieving their first month of operating profitability.

Launched in 2013 as the UK’s first digital-only bank, Atom’s mission from day one has been to be truly transformative for the industry, and in the wake of the bank’s recent announcements, it's hard to disagree that the team has made positive strides towards fulfilling it.

With a digital-first focus, Atom set out to put the customer at the heart of everything they do, and their industry leading reviews are testament to that. Averaging 4.6 out of 5 from over 5,000 reviews on TrustPilot, the figures put Atom significantly ahead of incumbents in the sector in terms of customer trust, and now more than ever their announcements reflect that.

Confirming Atom’s first operating profit last month was a truly significant achievement for all involved with the bank, symbolising their first step towards long term profitability and cementing a foothold for future growth. It served as another encouraging sign for investors after a Q2 that saw retail deposits for the bank increase by 16% from the previous quarter, to a total of £2.5 billion.

Beyond these figures on a sheet though - which unmistakably serve as positive indicators to those with a vested interest in the company - the work that Atom Bank is carrying out really is having an incredible impact on people’s lives across the country.

From the thousands of first time buyers able to purchase their first home with Atom’s flexible mortgage scheme, to the host of businesses throughout the UK that could continue operating throughout the pandemic with the help of the bank’s rapid deployment of CBILS loans, the positive footprint Atom’s customer-first business model has had on individuals, families and businesses across the nation has been brilliant see.

Seven years on from GCV’s first funding round with Atom Bank back in 2014, with a renewed sense of optimism off the back of the pressures that much of the banking industry felt as a result of the pandemic, Atom’s recent successes have put the company in an enviable shape to tackle the next few years of growth, and - rightly so - have provided stakeholders with further reassurances.

Having led a number of investment rounds into the award-winning neo-bank (including their first seed round) throughout this period  GCV’s private investor network has invested alongside a number of high profile institutional investors, ranging from BBVA to Toscafund.

With the network of GCV investors that pledged into Atom Bank now sitting on strong unrealised returns on their investment following a significant period of growth, the prospect of Atom targeting an IPO in the 2022/23 financial year is a particularly exciting one.

Atom’s focus on developing an experienced team, innovative technology and business model far ahead of its time were just a few of the aspects that the GCV board identified when looking to invest Atom Bank back in 2014, and seven years on, we’re proud of the levels of success the bank has achieved to date.

When we first spoke to Atom, their vision and focus of what was needed in the banking industry was clear. The industry was dominated by incumbents who had been active for - in many instances - centuries and who relied on technology, processes and solutions that hadn’t fundamentally changed in decades.

Atom became the UK’s first digital-only bank in 2015 and whilst we have seen more neobanks enter the market since, Atom is undoubtedly delivering on their focus of being a customer-first, tech-driven bank. A fantastic team it has been a pleasure to support.

With the future looking bright for Atom and all involved, I speak on behalf of the entire GCV team when I say we not only wish them the very best for the months and years ahead, but we’re extremely excited at what the future holds.

COVID-19: The impact on threat intelligence 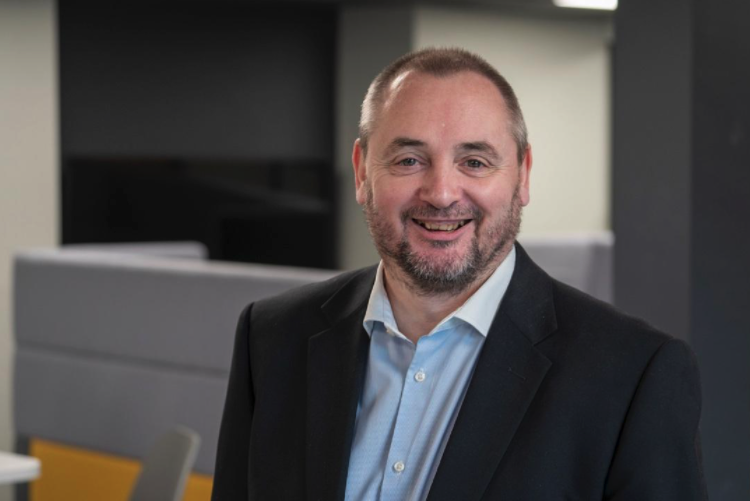