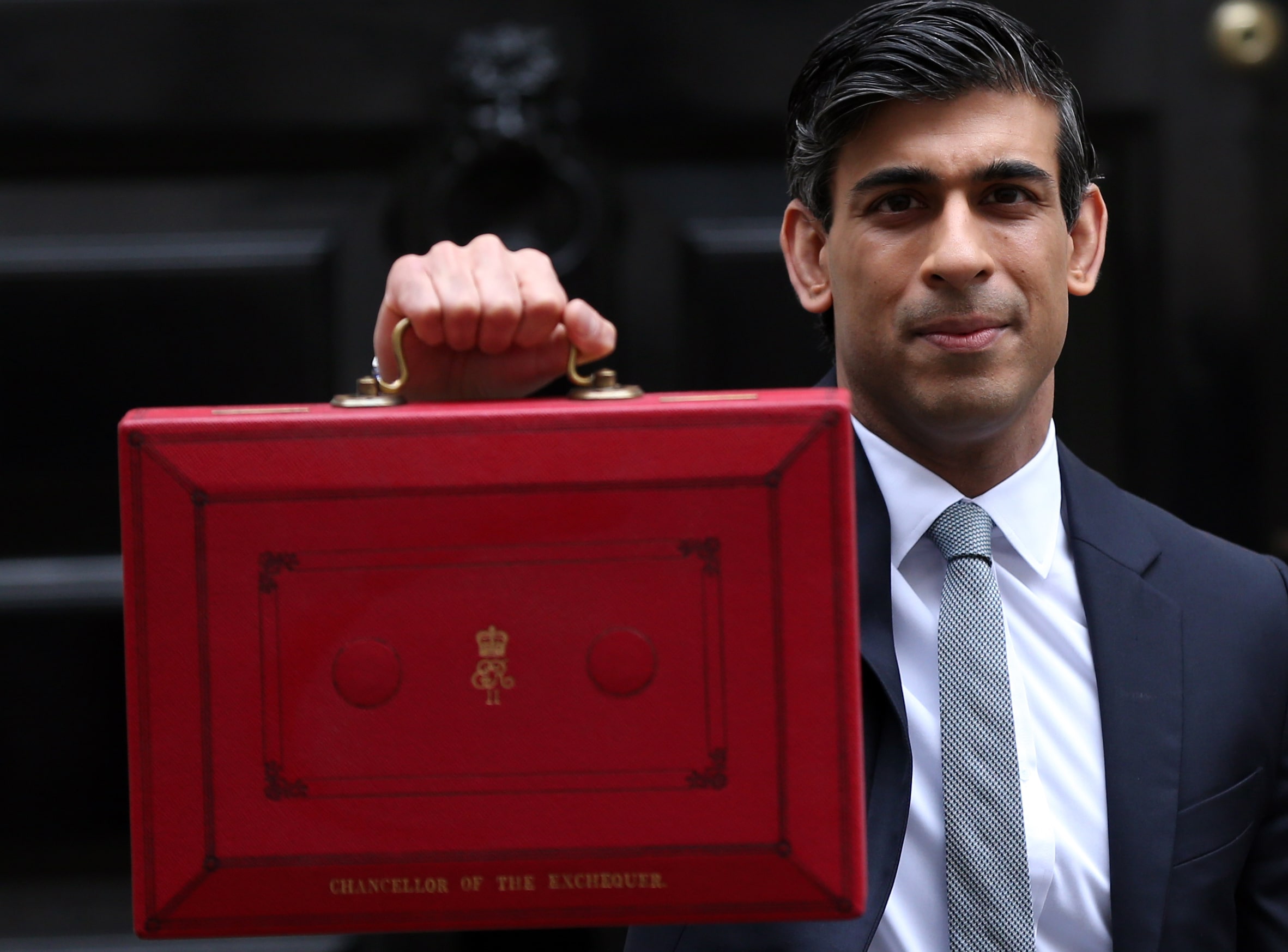 In the midst of the largest annual Budget deficit of the last 75 years, recent speculation surrounding how the Chancellor will look to recuperate the government’s £266bn overspend has been rife, with experienced investors expected to be impacted by a number of the changes put forward in today’s Autumn Budget announcement.

In the weeks leading up to today's 12:30pm announcement, industry insight and investigation into what exactly Rishi Sunak will propose to change in his Autumn Budget has been extensive to say the very least, with significant changes expected following a Spring Budget less restrictive than many first predicted.

The recent hike in dividends tax and national insurance tax has made investors that are querying the Chancellor’s intentions all the more wary, with no definite cuts off the table following the suspension of the triple lock pension pledge in September.

But among the more obvious headline policy changes such as the increase in national living wage and the Chancellor’s hallmark “Plan for Jobs” set to be put forward in today’s Budget, here we look at several of the additional changes some expect to see, and how investors can best prepare for them.

1. Capital gains tax could increase by as much as double

The possibility of a hike in the rate of capital gains tax (CGT) is an outcome a growing number of investors have been forced to consider over recent weeks, following calls that the tax would be an "easy target" in the Chancellor’s pursuit to “plug the deficit”.

Having contributed £10.6 billion for HM Revenue and Customs last year (up fourfold from the £2.6 billion generated a decade earlier) there is no question of the increased power an CGT tax raise would offer for the Chancellor, not just immediately, but in years to come.

Alongside its revenue-generating potential, the fact that the majority of the population will not find themselves in a position to pay the tax (given its applicability to the gain on asset disposals above the £12,300 tax-free threshold) has added ammunition to the potential for the tax's rise.

With 41% of all of the UK's capital gains collected in 2020/21 paid by just 2,000 people, CGT's perception as a "wealth tax" could mean its rise doesn't elicit the same level of public opposition other potential hikes may attract - no doubt being a key priority for the Chancellor.

This is one time the government can really enact a tax rise and not expect the reaction they would ordinarily experience. Less people pay capital gains tax, and whether this is right or wrong, the perception is that wealthier people pay that tax.

These claims have not just been idle speculations though. Last year the Office of Tax Simplification (OTS) recommended that by aligning CGT rates with income tax rates (from 10% to 20% for basic rate taxpayers, and 20% to 40% for higher rate taxpayers) such increases could result in an additional tax revenue of £14 billion per year.

Read More: How can investors mitigate capital gains tax with the help of tax efficient investments

For high net worth individuals and experienced investors especially, such changes could be detrimental to potential returns on investment, resulting in almost half (45%) of capital gains being lost in tax for additional rate taxpayers.

Consequently, tax efficient investment options offering full CGT relief such as the Enterprise Investment Scheme could likely see increases in popularity in the hours up to and months following the Autumn Budget, as investors take precautionary measures to prevent any further capital erosion.

Whilst it isn’t widely expected that Sunak will increase the rate of inheritance tax (IHT) in his Autumn Budget (given the UK’s 40% rate is comparably high among its European peers), there is speculation that the Chancellor may bring in restrictions to simplify the tax in more subtle ways.

Inheritance tax bills can often be offset with the help of a handful of helpful IHT planning strategies (including everything from gifting capital to family members to setting up inheritance funds to making IHT-free tax efficient investments), and it is these reliefs that some expect to instead come under fire in today’s announcement.

Though it is not predicted that changes to the inheritance tax reliefs will apply to long standing investment schemes such as the EIS - given their resounding impact on spurring SME innovation and pivotal roles in policies such as the “Levelling Up Agenda” - a more common belief is that other, ulterior IHT reliefs will be targeted.

There are a number of annual IHT exemptions, such as the £3,000 annual exemption, as well as the ability to gift surplus income, this latter relief being particularly attractive to those with high levels of income,"

It is possible that these will be wrapped up into a single annual exemption which may be less generous overall.

Where such changes would not directly increase the rate of inheritance tax an individual would pay upon passing, they would make it increasingly difficult for individuals who plan to pass on an inheritance worth in excess of £325,000 (the current nil-rate band) to avoid a 40% tax on the surplus value of their hard-earned assets upon passing.

In essence, for experienced investors planning for later life especially, the weight of such changes could make researching inheritance tax efficient opportunities a potentially effective route to consider when planning for today’s Budget and those that follow it.

3. Corporation tax to rise whilst the bank surcharge decreases

Whilst the upcoming 6% rise in corporation tax from 19% to 25% due across the UK from April 2023 is an initiative the Chancellor previously announced in his Spring Budget, today’s Budget is expected to see the current additional 8% surcharge banks are liable to, slashed by 5%.

This means that come April 2023, UK banks will pay 28% corporation tax (25% plus an additional 3% surcharge) as opposed to the 33% rate that would have otherwise followed.

In an effort to retain the UK’s booming financial services market’s competitiveness on a global scale, the move is set to bolster one of Britain’s key exports in a time of economic cruciality, though it will undoubtedly come under scrutiny by the general public for easing bank surcharges when public finances are already restricted.

“To be competitive, we have to have competitive tax rates - and that’s what’s on The Chancellor’s mind.”

From an investor’s perspective, this increased emphasis on the financial sector as a driving force in the UK’s economic recovery further strengthens the merit so many have placed on the industry to generate innovation, as well as investment returns in such a crucial period.

This focus can be largely attributed to the UK’s booming fintech sector, which attracted a record £17.7 billion of VC investment in the first six months of 2021 alone, whilst also making up 11 of the 20 UK business unicorns realised in the same period.

Two of the UK’s most significant tools for attracting venture capital investment, the EIS and SEIS have together facilitated over £25 billion of private investment since their inception and have established themselves as key channels for driving high-growth early stage businesses in that time, in part due to the host of generous tax reliefs they offer investors.

Citing the recent ‘Reigniting the UK’s Entrepreneurial Ecosystem Report’ which identified a £768m investment gap for seed funding and £1.45bn investment gap for growth funding, the EISA emphasised the importance of the two schemes in driving economic growth post-pandemic, and called for four key areas to be considered in the Budget, including:

Whilst the Chancellor has not yet responded to the EISA’s calls, his consistently voiced admiration for the EIS and SEIS as “world leading programmes” for facilitating venture capital, alongside the EIS’s structure which has remained largely unchanged since its introduction in 1994, suggest that his emphasis on growth business funding will most likely remain, especially in such a crucial period.

Preparing for the Autumn Budget and beyond

When looking at how best to prepare for today’s Budget as an investor, whilst the route you have chosen to follow will no doubt relate to your individual portfolio makeup, the growing onus the government have placed increasing taxes in an attempt to “plug the economic deficit” will most likely impact the majority of investors in one way or another in the coming years.

Whether this comes in the form of increasing capital gains tax, inheritance tax reform, or to any of the other long list of taxes liable to witness changes over the coming years, identifying the routes best suited to mitigating such changes will likely become an increasingly popular action that more investors are pushed to consider.

And where tax efficient investments currently fit this role for investors looking to plan for the future, drive impact and generate returns tax efficiently, it pays to be aware that the implications of this Autumn's Budget - or those following it - are still uncertain, and so taking advantage of the UK’s world-leading industries and investment opportunities while they peak could form a useful goal in many an investor’s strategy.