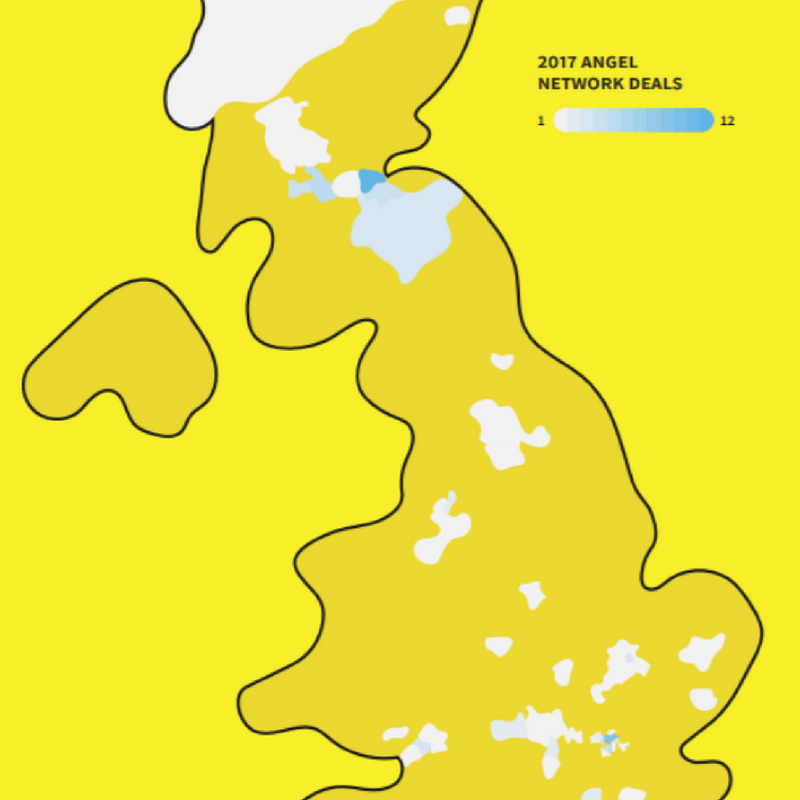 Equity investment in the UK: a tale of two regions

The UK is often divided by region for statistics, and Beauhurst's recent report 'The Deal' shows this is no different when it comes to early stage investment.

However, in this case it may be better to divide the country into only two regions - London and the rest of the UK - such is the dominance of the capital city in early stage investment.

With the significant increase in deal numbers nationally it is not surprising that London has also seen an increase in 2017, as it took in a total of 769 investments in 2017 - 8% more than 2016. Alongside this continued increase in number of deals, the capital has also taken a steadily increasing proportion of the UK’s investments since 2013, and this year it finally breached 50%.

Reflecting the wider investment trends, the capital has become the most popular location for businesses seeking to crowdfund as 199 (55%) of the total 360 crowdfunding deals were based in London.

Unfortunately this increased investment into the capital came at the expense of some of the other regions of the UK, with the North East recording a record low 27 deals last year, and the East Midlands losing 38% from their total in 2016, down to only 18. Likewise, these regions only attracted 4 and 1 crowdfunding deals respectively.

This potential reason is supported by recent research published by the British Business Bank in their Small Business Financial Market report, which shows that there is a high level of variation in awareness of funding options. London and the South East show a higher awareness of the different funding options for all but leasing, with businesses in the capital being far more aware of funding such as venture capital investment, peer-to-peer lending and mezzanine finance.

On the other hand, northern companies show a lower level of awareness of many of these sources, though northern businesses are surprisingly in touch with crowdfunding, beating the midlands and even London - perhaps because of the presence of leading crowdfunding platform Crowdcube in Manchester. 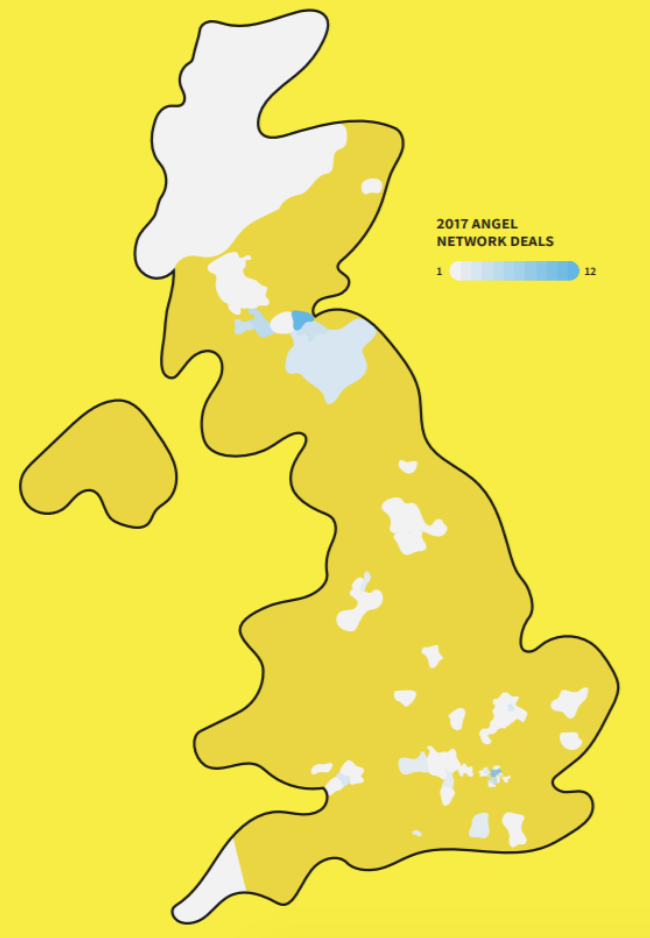 In one region another group of private investors have leapt to the fore to fund startups, with the Angels taking Scotland. With 33 deals completed by 12 recognised Angel networks, raising £24m in 2017, these groups of private investors account for 27% of all Scottish deals, 7.6% of the total amount raised and more amazingly 24% of all UK Angel deals.

It seems that as funding becomes scarcer in Scotland, they can take care of investment themselves and in the process demonstrate the power of Angel investing in early stage business.

Fortunately, with the launch in 2017 of the Finance Durham Fund and NPIF, as well as the announcement that JEREMIE 2 will go ahead, there appears to be a greater level of investment becoming available.

We are also pleased that the role of Angel investment in the North East is becoming more prominent. There's a lot to do, but with the launch of our own private investor network - G.Ventures - we hope to increase the capital available to early stage companies in the region.

As we have previously discussed, it seems the overall trends are reliably reflected in the so-called megadeals. It is therefore no surprise that the capital of the country is also the capital for megadeals, with London swallowing up 72% of these £50m+ deals in the last year. This hoarding of larger deals is undoubtedly being exacerbated by the concentration of technology and banking companies in the region.

Likewise to the megadeals, there has been a disproportionate level of foreign investment when compared to UK investor-led deals. As you can see in the below, approximately 70% of the investment where a foreign investor is involved in the round goes to London, compared to a more distributed approach from UK investors. This external view that investment is concentrated in the City highlights the confidence of overseas investors in the stability of London, while UK investors are willing to look further afield for their next opportunity. 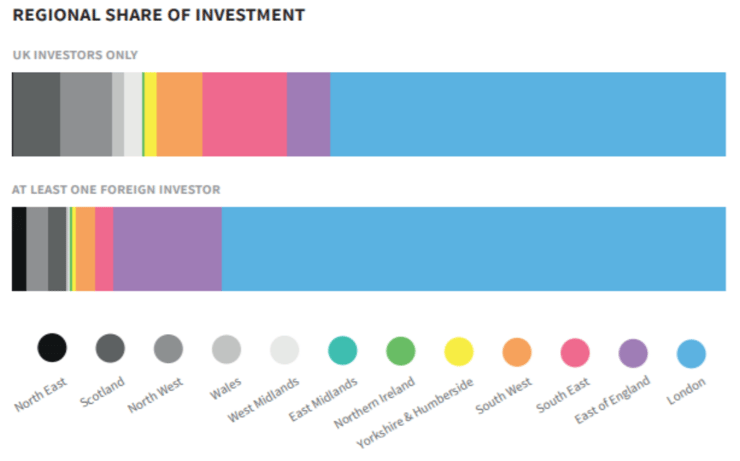 In the UK, we are a country of two regions when it comes to early stage investment: those in and around the quarter mile and those elsewhere. However, with the introduction of technology platforms and the founding of more Angel networks across the North, we hope to see a move away from the capital in the coming years.

As has been shown in a number of reports, most recently in research by tax relief firm Catax, there is a lot of innovation and growth to be had from business in the North East.

Now I will leave you with one last disparity to get you ready for next week: it seems that while the capital is taking in more investment, it is not necessarily as patient with London, accounting for over half of all IPOs and 40% of acquisitions.

With the total number of IPOs dropping in the last year and other regions seeing fewer than before, it looks like businesses in London are more keen to run for the exit.

Investment in fintech: the eye of the Brexit storm

Michael Johnson
Read more about Investment in fintech: the eye of the Brexit storm