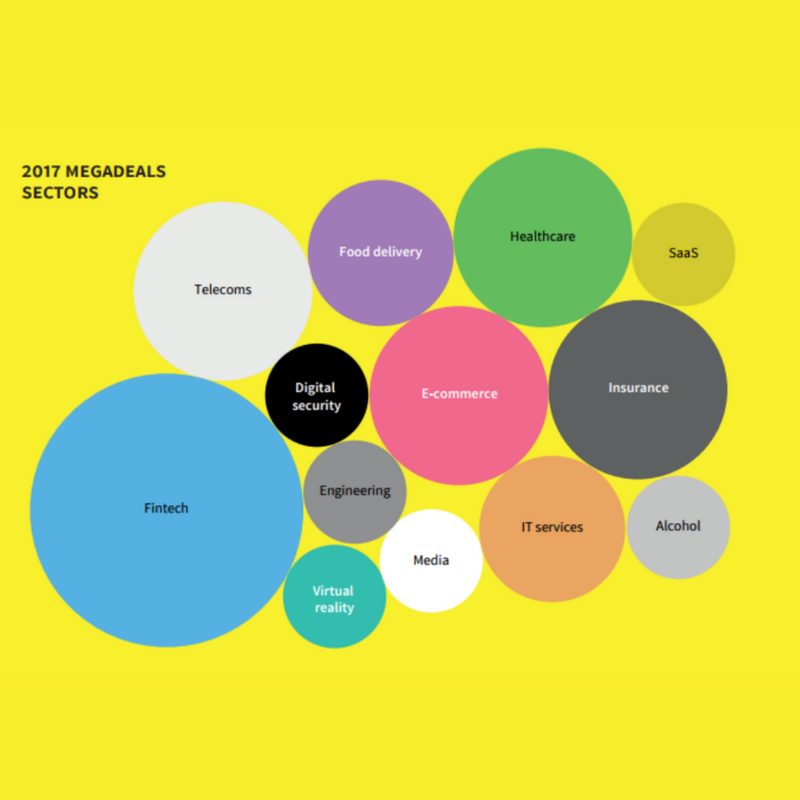 Thanks to the brilliant team over at Beauhurst, through their annual report - 'The Deal' - we have a comprehensive summary of the equity investment activity into non-listed companies in the UK in 2017.

Over the next few weeks we will take a look at some of the results that are presented in this report and add some of our own views alongside additional detail from the sector.

In this first post I will give you an overview of the findings and some of the record breaking headline statistics that we will be looking at in greater deal over the coming weeks. I am pleased to say that there are have been a lot of records set this year in the high growth investment sector.

Despite Brexit uncertainty, sector pessimism and gloomy forecasts, 2017 was the best year for investment into high growth SMEs that has been recorded. While 2016 showed a reduction in both the number of deals completed and the amount invested, it was great to see the sector rebound in such emphatic fashion with near peak 1,505 deals completed and the amount invested into non-listed companies in the year rocketing to a record high of £8.3bn. 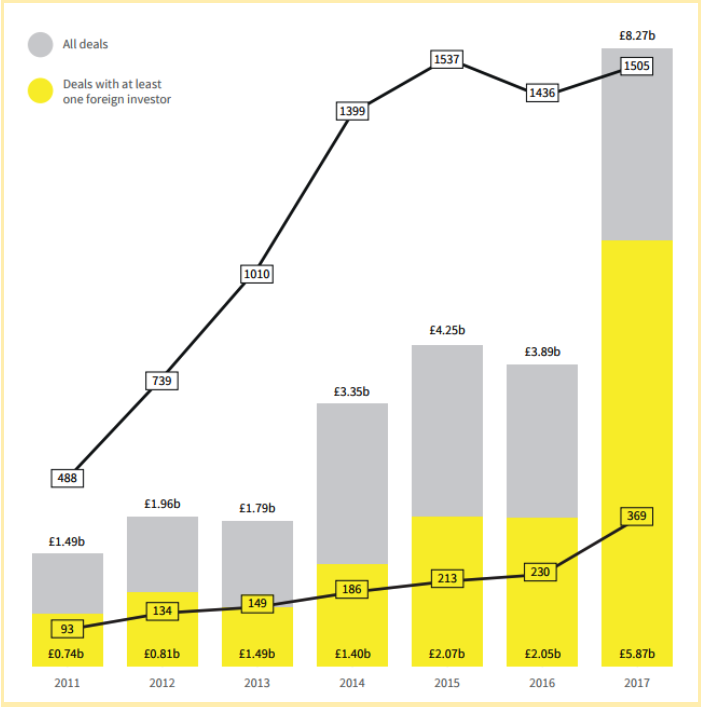 This meant that the average investment size in 2017 - £6.8m - was nearly double that of 2016 and was, unsurprisingly, another record recorded for the year. This has been a great comfort to those of us involved in the high growth investment sector, as the results from 2016 looked to be indicating a slowing of investment and reopening of the gap in funding for scaling companies.

Thanks to the support from government in the form of an expansion of the EIS scheme in the November budget, particularly for investment into knowledge intensive companies, we expect this to be a continued trend. Venture-stage investment continues to be attractive and well supported, which should ensure that the gap that has closed in recent years stays closed.

Given the high average investment, it is unsurprising that the number of so-called 'megadeals' - those deals that were over £50m - quadrupled in 2017 over 2016's, with a total of 29. Even when compared to the previous peak back in 2015 there were almost twice as many last year. To emphasise the huge number further, the final quarter of 2017 alone included 12 megadeals, falling short of the 2015 total by just 3 deals.

These huge rounds of financing not only contributed a significant £4.5bn to the total amount raised, but they also had a disproportionate impact on the underlying trends in 2017, some of which we will take a closer look at over the coming weeks.

The most prominent reflection of the overall trend is in the fintech sector, which dominated the megadeals in 2017. Fintech took the highest number of deals in a single sector with 25% of all megadeals, accounting for approximately 18% of the capital raised. Megadeals in 2017 mainly took place in London as the capital snapped up 22 of the 29 deals, followed by Scotland in a distant second place.

There are a number of reasons that this might the case, however the behaviour of foreign investors displays a crucial impact on mega deals in 2017.

The behaviour of foreign investors is particularly interesting, with overseas investors being more active in UK early stage investment than ever before, particularly in these larger megadeals.

It is not surprising that these deals including foreign investors account for many of the fintech mega deals and there is a strong preference from overseas investors to invest into London based companies. Approximately 70% of the deals involving foreign investors stay in the capital, whilst domestic investors are more likely to look further afield, with nearer 50% of deals being in London.

One stand out company bucking this trend is North East based Atom Bank. Having taken in £113m in early 2017, this fit the pattern of foreign investment into larger deals by including Spanish bank BBVA ,but brought the investment away from the capital, representing the lone megadeal in the North East last year.

It has undoubtedly been a great year for investment into high growth UK businesses, representing the quality of the businesses founded here and the confidence that investors have. I'm genuinely looking forward to delving into this data in much more detail over the coming weeks.

For 2018, we hope to see an increasing appetite to move away from the capital and take advantage of the great regional support and funding available and a continuation of the support for high growth, innovative business.

James McKenna
Read more about The UK: leading the way as a fintech powerhouse